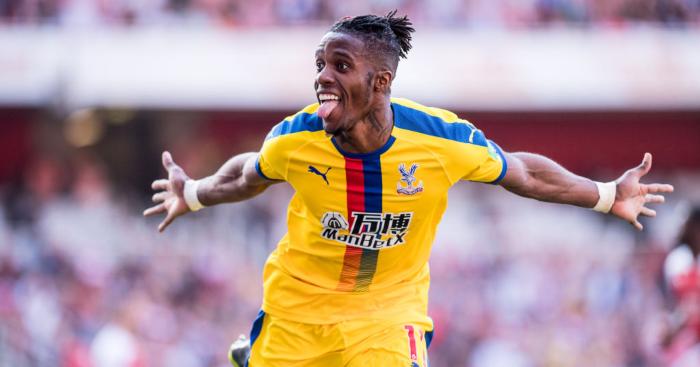 Arsenal have been accused of “not playing properly” in their efforts to sign Wilfried Zaha, according to former Crystal Palace owner Simon Jordan.

It had been reported that Arsenal have had a bid of £40million rejected for the Ivory Coast international but the Eagles are understood to want nearer £80million for the winger, who is also attracting interest from Everton.

The Evening Standard said on Wednesday that Arsenal are ‘enduring even tougher negotiations’ because of ‘Manchester United’s sell-on clause for the Crystal Palace forward’.

The Gunners are understood to be close to deals for both William Saliba from Saint Etienne – who they will loan straight back for the season – and Real Madrid midfielder Dani Ceballos.

And Jordan thinks the Saliba deal proves that the Gunners have a bigger transfer budget than they are letting on.

“Is it the right time for Palace and Zaha? I think it probably is, in a perverse way.

“Because Palace are now becoming a side that are really built around Zaha and I don’t think for the long-term benefit of Crystal Palace they can afford to rely simply on Zaha.

“You’ve got to get £60million plus for him… you’ve got to! He’s every bit as good as Mahrez.