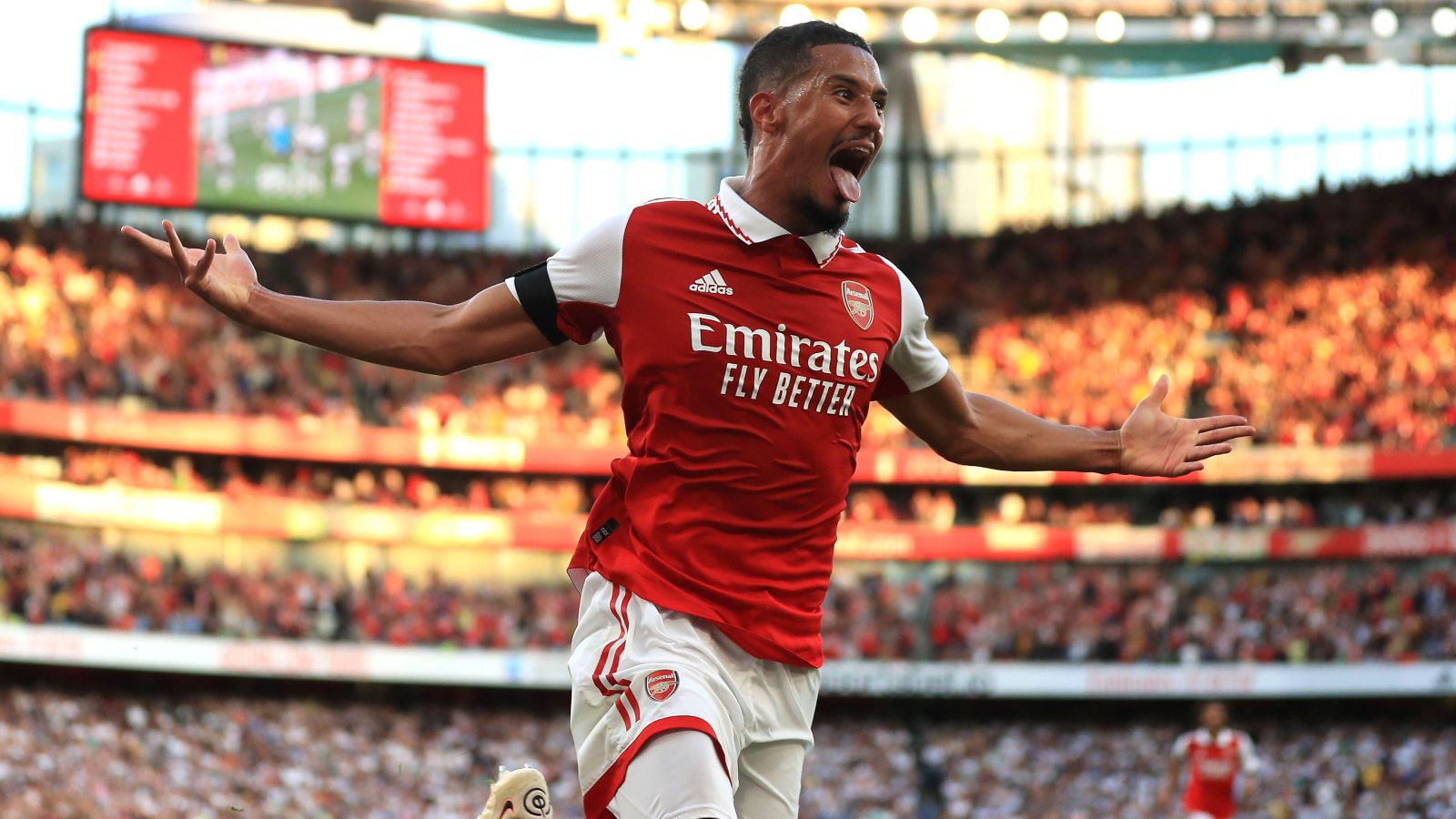 The Athletic journalist David Ornstein claims William Saliba is in no “rush” to sign a new contract at Arsenal with the French defender holding all the “power”.

Arsenal have had a fantastic start to the new Premier League season with Mikel Arteta’s side currently top of the standings after six wins from their first seven matches.

And one of the big reasons for that form has been the introduction of Saliba as Gabriel Magalhaes’ central defensive partner with the Gunners conceding seven goals.

Saliba has contributed two goals and produced a number of good defensive moments for Arsenal this season after a successful spell on loan at Marseille last term.

There had been rumours in the summer that Saliba could look for a move away from Arsenal after three years on loan spells away from the club.

And now The Athletic journalist Ornstein has heard that Saliba – who has a contract until 2024 at the Emirates Stadium – will not rush a decision on his future despite starting all of their Premier League games this season.

Speaking to FIVE Insider, Ornstein said: “The situation, as I understand, is that he is not in a rush to come and sit down. He is focusing on his football.

“What does he need to rush for? Let’s see how things go, and let’s see if this is going to be a consistent run in the team because we are still relatively early in the season, we are still going to be stopping for the World Cup when many contract negotiations at many clubs will take place, then we will get into second half of the season.

“The power is all in Saliba’s hands.”

Arsenal legend Nigel Winterburn is worried that Saliba’s contract situation isn’t sorted yet and has urged his former club to get a deal finalised before the end of the season.

Winterburn told FreeSuperTips: “It looked like he was going to leave in the summer, but he’s been very impressive since he came into the team. He can read the game very well, he’s quick and looks like a good defender, so I think it’s important that Arsenal do not let that contract get into next season.

“If they do, then they’ll end up putting themselves in a whole lot of trouble. I don’t think it’s difficult because you ask the player if he wants to stay, if they do then you sort out the contract.

“For me I don’t understand why these things can be so complicated now. If you’re enjoying your football and enjoy where you are, then sort the contract out and get it done as quickly as possible.

“I don’t really see the difficulty in that, but we have seen in the past that it can be complicated with some players who let their contracts run down.

“Maybe it’s just because it was so different from when I was playing, I always found it quite simple. I wanted to be at Arsenal, so any contract offered I signed up until the point you feel that your time is coming to the end which is what happened.

“For someone young like Saliba, he’s getting a lot of game time, he’s enjoying his football so don’t let that contract run down and cause issues down the line. Money isn’t everything, enjoying what you do is really important, and Saliba is currently a big part of this Arsenal team so I wouldn’t expect any problems.”