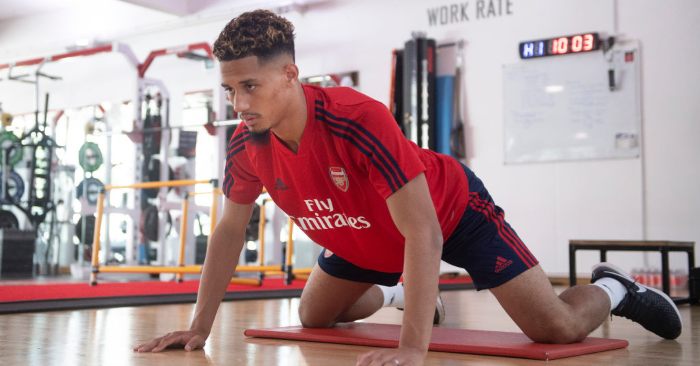 William Saliba is “not ready for first-team selection” at Arsenal, according to David Ornstein.

Saliba joined Arsenal for £27m in the summer of 2019 but remained on loan with Saint-Etienne for a further season before heading to north London.

He has struggled to make an impact under Mikel Arteta however, being named on the bench for the Community Shield final and a League Cup third-round tie but being omitted completely from all Premier League matchday squads.

The 19-year-old qualifies as an under-21 player for domestic competitions but was left out of Arsenal’s Europa League squad.

Martin Keown and Claude Puel have both criticised the Gunners but The Athletic journalist David Ornstein has offered some context.

“It hasn’t been an easy time for William Saliba since joining Arsenal,” he told the Tifo Football podcast.

“He went back on loan to Saint-Etienne, that was part of the plan, but in his season there he suffered injuries, the Covid lockdown disrupted things, he had a family tragedy too, and since coming to Arsenal his adaptation has been much slower than expected.

“He’s not ready for first-team selection, it would seem. That’s why they looked into another loan deal. Saint-Etienne was lined up once more but they couldn’t complete the paperwork before the international deadline.

“A move to the Championship, I was told and reported, was never a likely option and did not come to fruition. So in terms of the Europa League squad there was no place for him. That’s only, though, for the group stages, and it could change of course in the knockout phase.

“He was, I believe, included in Arsenal’s Premier League squad because of the number of under-21 players you can have, and both Arsenal and Saliba will hope that he can now kick on, make progress.

“If not, a potential loan deal in January, but if it goes to plan he can be part of things in the domestic competitions and also in Europe if Arsenal get to the latter stages.”