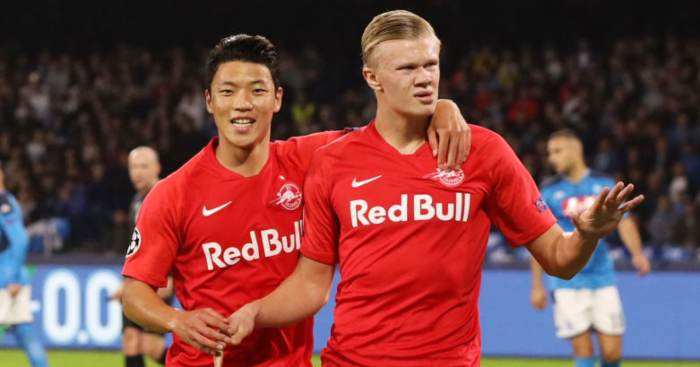 Haaland has scored seven goals in four Champions League matches this season, leading to rumours that Man Utd and Arsenal were set to go head-to-head to sign him.

And with Haaland also boasting an incredible record of 16 goals in 12 domestic appearances, the player’s father – former Leeds and Man City midfielder Alf-Inge Haaland – has also played his part to talk up his son’s future.

The teenager recently admitted that he is flattered by the reports, but insisted “it’s f*cking boring” to keep reading about it.

Freund told Austrian newspaper Kronen Zeitung (via Sport Witness): “He’s a cool guy and he’s very good with it. The rumours do not burden [him]. I think it’s more of an appreciation. This is great for the player and for the club.

“We are happy with the development he has made in such a short time. It is extraordinary for such a young player to have such statistics at the age of 19 and to have a positive spirit as well. If he does not hurt himself, he will make an extraordinary career.”

Freund also accepted that Salzburg will be unable to hold onto Haaland for ever, he added: “We also know about the mechanisms of football.”