Home All The News Salzburg coach’s HT talk at Liverpool: ‘This is not a f*cking friendly’ 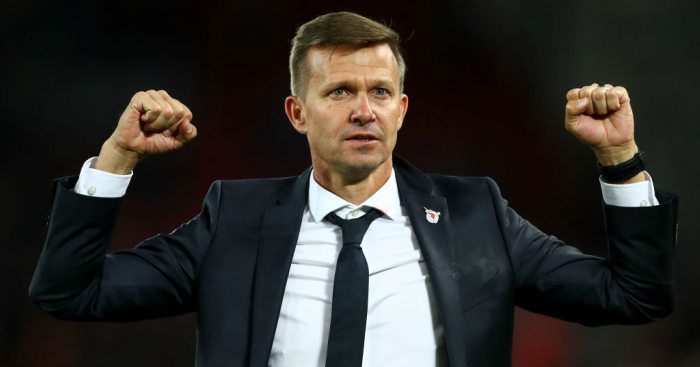 The Reds raced into a commanding lead with goals from Sadio Mane, Andy Robertson and Mohamed Salah inside 36 minutes but started to go backwards when Hee-Chan Hwang pulled one back just before half-time.

Takumi Minamino set nerves jangling 10 minutes after the break and when substitute Erling Braut Haaland scored his 18th of the season four minutes after coming on, it appeared the European champions’ homecoming would fall flat.

However, Salah took his tally to 12 in 13 Anfield Champions League appearances to secure a first victory in Group E.

It was a brilliant fightback from the Austrian side at Anfield and a video has provided an insight into their dressing room at the interval.

“Are they good? Yes, they are good. But we’re playing too nicely, only with a little pressure here and there… There is no real tackle or a fight. They have to feel us, guys. They have to know we’re f*cking here to compete.

“Not just that we’re stylistically gonna try to play the same way. But we came to f*cking play, right? That is what’s most important. We’re gonna talk a little bit about tactics…

“We saw they’re good. But we can play better and we can live a little bit more in this match. Confidence, strength… commit a foul. They are not that dangerous with corners and free-kicks. Come on, guys! We can do more. That is the big message now. We can do more.”

Great insight into the half-time talk from Jesse Marsch in their game vs Liverpool.