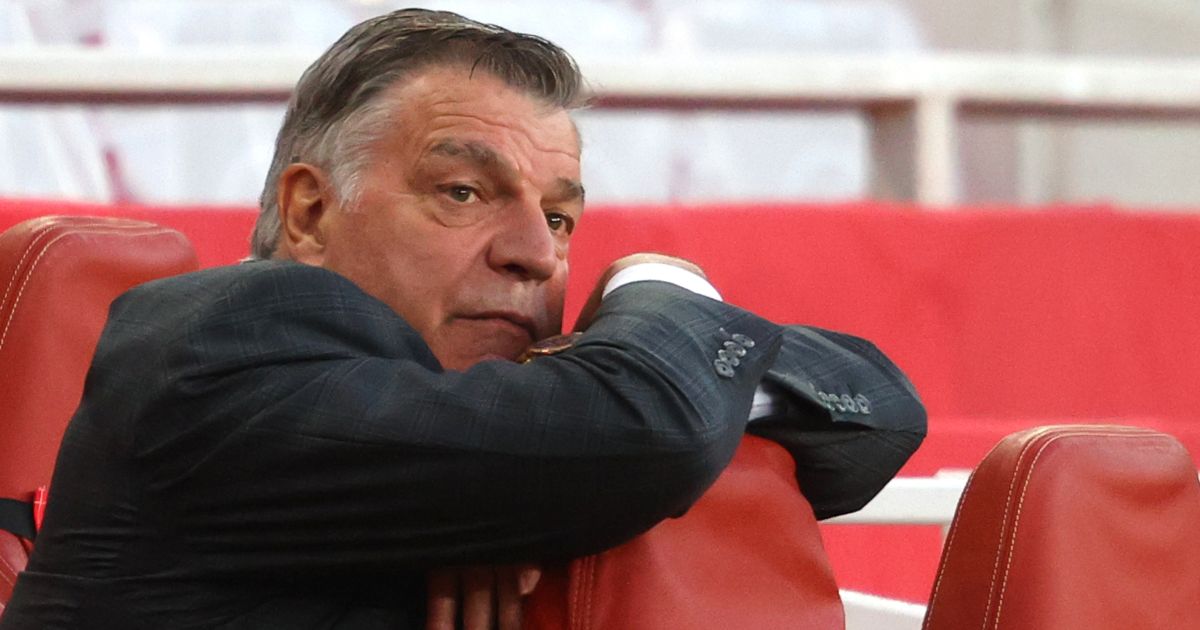 The Hammers needed to come from behind at The Hawthorns to beat the Baggies 3-1 on Wednesday night after Declan Rice missed a third-minute penalty and Tomas Soucek scored an own goal.

Midfielder Soucek levelled before the break, with Angelo Ogbonna and Antonio striking late to win it.

Before the match, Antonio suggested that West Brom liked to play a direct style under Allardyce with the Baggies boss – who announced he would be leaving at the end of the season – left fuming at the comments.

Allardyce said: “He (Antonio) has just insulted me and my team.

“I know he’s a nice lad but it’s disgusting what he said. I think he should go back and watch the game and see how really played. Our front two are 5ft 10 and 5ft 9 so I don’t know what big men he saw running in the channel.

“I haven’t been more than that for the last six to seven years because it’s all you lot talk about. Just like Michail Antonio said, “it’s Sam, we’re long ball. It’s Sam, the way we play.”

“It is a load of c**p and it always has been a load of crap because I’ve never played the same at any club I’ve been at and if you thought that was long ball today then somebody is deluded.

“They’ve gone and beat Burnley 3-0 tonight, they were dead lucky to beat us the other night, dead lucky. Today, West Ham didn’t deserve to beat us 3-1, but that’s our fault nobody else’s.”

After the final whistle Allardyce and West Brom announced that he would be leaving the club at the end of the season despite being offered a new deal.

Allardyce said: “I was given assurances over the budget but irrespective of that it’s about me and me being a short-term manager, that’s my pigeon hole, it has been for six or seven years now.

“When you are a put in that pigeon hole, you might as well stay there. That’s where I see myself, a saviour, a troubleshooter – whatever you want to call it.

“I felt I was going to accomplish it here, we got very close, even if the points don’t show it.

“It was a long, hard decision, a lot of discussion and a lot of thinking deeply about what’s best for me and the club.

“There was no blame pointed at anyone. I was flatted they wanted me to stay on and at this moment I’m stepping down after Leeds disappointed I haven’t done more for the team.”