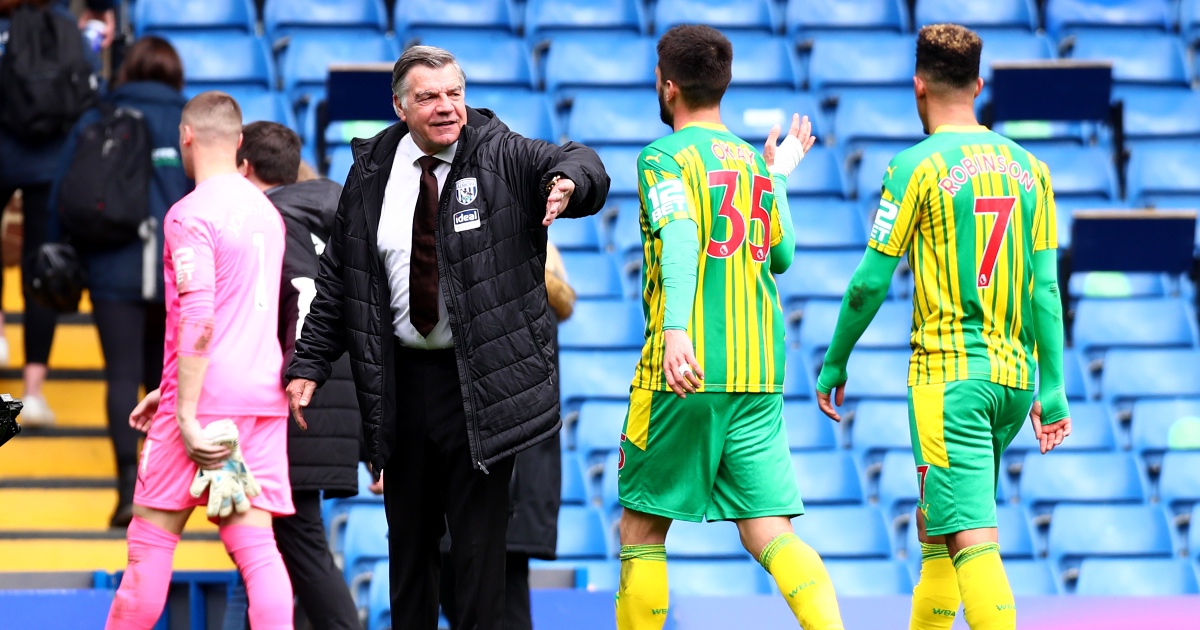 At the weekend, the Baggies overcame Chelsea 5-2 at Stamford Bridge with a stunning performance.

Matheus Pereira and Callum Robinson got two goals each and were joined by Mbaye Diagne on the scoresheet.

Chelsea stars Christian Pulisic and Mason Mount did manage to score but that failed to start a comeback.

Speaking about the victory, Allardyce told talkSPORT: “Letting them play out from the back for the goalkeeper would be a mistake.

“That may have been a tactic we used later in the game but if it works try and keep doing it for as long as possible. That’s why we played two split up front with Matheus Pereira and Mbaye Diagne.

“The press worked very, very well and there is something with their goalkeeper, who can be rash, he can rush out. If you saw the first goal we scored, he came dashing to the edge of his box and didn’t get anywhere near.

“We felt every time we went back to the goal and we put him under pressure that gave us good opportunities.

“Obviously you could say the sending off helped, playing against ten men, but you’ve got to beat what’s still a very good side.”

West Brom benefited from Thiago Silva’s red card in the first half. He was dismissed for a second bookable offence on Okay Yokuslu.

That gave West Brom more confidence and they soon began to trouble Mendy. Pereira eventually opened the scoring with a great lob over the keeper just before half time.

Allardyce added: “Our quality of finishing is something that I’ve been looking for for a long time.

“Our poor finishing has cost us many points but on Saturday it was absolutely spot on. The quality in the build-up to our finishing was brilliant.”

The victory gives them a glimmer of hope in their quest for Premier League survival.

The Baggies need to win a majority of their remaining eight games if they want to avoid the drop.