Home Chelsea Kerr commits her future to Chelsea until 2024 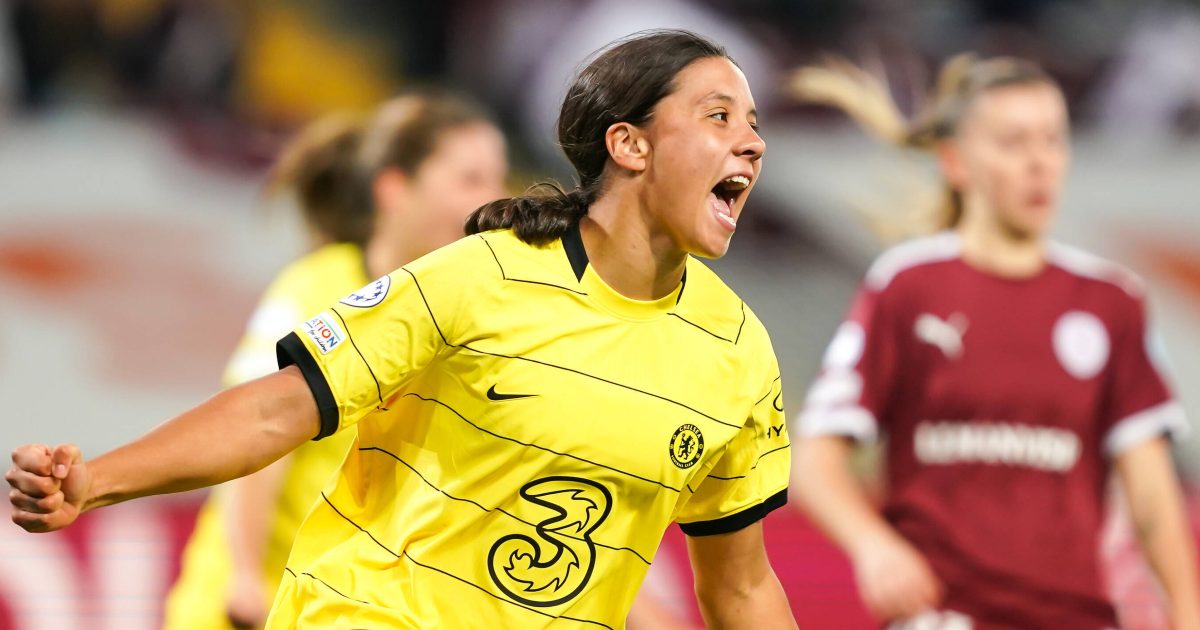 Australia international Sam Kerr has committed her future to Chelsea as she has signed a two-year contract extension, which will keep her at the club until 2024.

The 28-year-old joined Chelsea in 2019 and she has 39 goals from 47 games. She is “really happy” at the Women’s Super League champions:

“It’s really exciting. I’m really happy at the club. We’ve had good success. Being at a club like Chelsea is an amazing opportunity,” said Kerr.

“The time was just right. I feel really comfortable being here. I think the club gives me every opportunity to succeed as a player.

“I can’t see myself going anywhere else in the world or leaving Europe, having what I have at Chelsea.”

Kerr picked up the WSL golden boot last term after notching 21 goals in 22 matches, becoming the first player to do so across three different continents having claimed the equivalent awards in the United States and Australia.

As well as the personal accolades, Kerr enjoyed back-to-back league and Continental Cup triumphs and helped Chelsea reach the Women’s Champions League final for the first time in their history.

The contract extension comes after she moved into double figures this season with her strike in Chelsea’s 4-0 weekend win at Manchester City.

“I’m not going to lie, it’s nice when I do win them but that’s not my main goal at the start of the year. It’s a nice reward, but if I won golden boot after golden boot and no trophies, it wouldn’t be that rewarding to me.

“So that’s why last season winning the golden boot and winning the league was really rewarding because finally it meant something.”