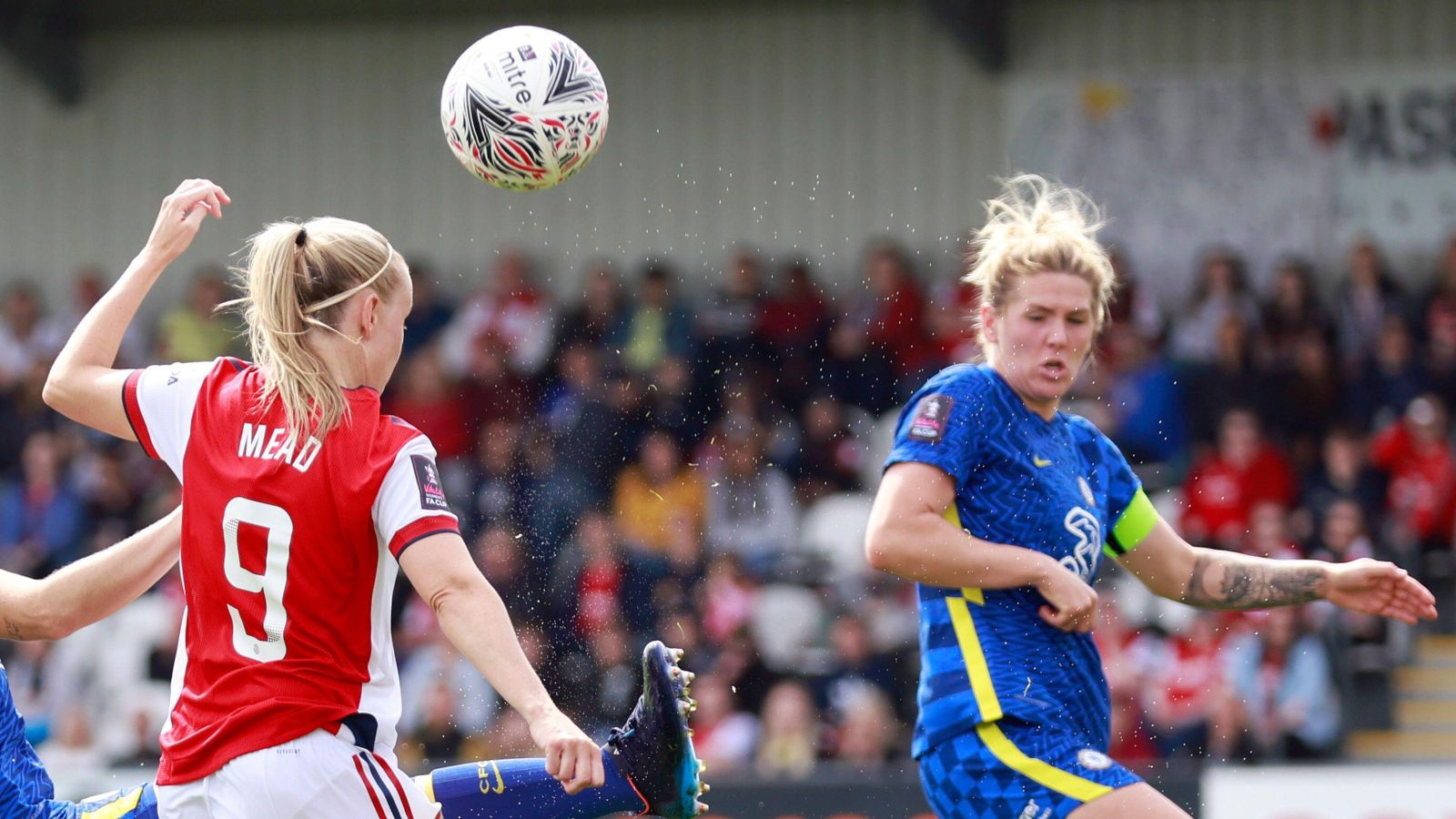 Iron your suit and practise your gracious loser face; awards season is upon us.

In the WSL, it’s somewhat of a formality this year. Chelsea striker Sam Kerr has already collected the Football Writers’ Association’s Player of the Year Award, and will likely sweep all other individual accolades following a mightily impressive campaign. The Australian international has provided an avalanche of important goals to fire Chelsea to a third successive league title, and stole the headlines with a pair of stunning volleys on the final day of the season to ensure the WSL trophy remained in west London.

With Kerr as good as nailed on to win every award she is eligible for, let’s take a look at the candidates who could have been in with a shout in a universe where the Australian striker wasn’t so damn good at football.

Millie Bright (Chelsea)
There were two periods of the season that were particularly crucial in Chelsea securing the WSL title. The first was when the Blues took four points in the space of five days against Manchester City and Arsenal as for the first time during the 2021/22 campaign, the title race swung in Chelsea’s favour.

The second was the final two weeks of the season, as the Blues dug in to grind out wins against Tottenham and Birmingham, before beating Manchester United in dramatic fashion on the final day of the season.

Kerr was vital in the second key period of the season – but it was Millie Bright who was influential in the first. In the absence of captain Magdalena Eriksson, Bright marshalled the Chelsea back four to successive clean sheets against two of the WSL’s most potent attacking forces, throwing herself in front of anything and everything. This was a theme throughout the season, with Bright featuring in all 22 of the Blues’ WSL outings. An absolute brick wall, if brick walls were also highly effective at triggering attacks with pinpoint cross-field diagonals.

“I know for sure she is a player I would put my life on,” Emma Hayes said of Bright in February. “Not just in terms of her commitment, but she delivers again and again.”

Ashleigh Neville (Tottenham)
Tottenham have had an absolutely blinding season. Having finished eight points off the drop zone the year before, Spurs spent a large chunk of the 2021/22 campaign engulfed in a Champions League scrap. Although they fell away towards the end, the club still recorded an all-time high WSL finish and points tally, and proved adept at frustrating the league’s elite.

Spurs are very much the It’s A Sin of the 2021/22 WSL season – it was a real ensemble effort, but they might leave awards season empty handed.

It’s hard to single out one player from Rehanne Skinner’s well-drilled, cleverly assembled team – Molly Bartrip has also really impressed at centre-back – but Ashleigh Neville has been a particular standout.

A tenacious, aggressive defender, Neville has been vital to Tottenham’s resilient, hard-to-beat mentality that has been their trademark this season. But the fullback has also provided quality going forward (her miss against Arsenal aside…), chipping in with three goals and two assists, and being deployed on the wing on occasions due to the attacking threat that she poses.

Ella Toone (Manchester United)
What happened to Ella Toone during lockdown? Based on her performances over the past two seasons, it’s fair to say she was doing more than just Zoom quizzes and applauding the NHS.

The rate of her development is frightening. Having played more of a peripheral role during Manchester United’s debut season in the top flight, Toone burst out of the blocks during the 2020/21 season and forced herself into the England set-up.

The attacking midfielder has gone up another level this term. Her eight WSL assists is the joint highest in the top flight, unsurprising given her vision and ability to carve out chances with her signature low, defence-splitting through ball.

“She’s got loads of rough edges that I don’t want to file down too much,” said Marc Skinner. “Because she has the quality and wonderful ability to make things happen.”

Alex Greenwood (Manchester City)
Alex Greenwood’s seamless transition from flying left back to rock solid centre half has not been applauded enough.

Having spent the majority of her career marauding down the left flank and whipping crosses in, the 28-year-old has only really starred in the centre of defence since returning to the WSL in 2020, but has made the switch with alarmingly ease.

Her pace and intelligence bail City out defensively, while her passing range enables her to kickstart attacks from the heart of defence.

As City struggled for form during the early stages of the season, Greenwood’s level of performance has remained remarkably consistent. She has featured in all 22 of the club’s WSL fixtures this term, chipped in with four goals and wreaked havoc with her set-piece delivery.

Beth Mead (Arsenal)
Beth Mead was one of three big-name players to be omitted from Team GB’s Olympic squad last summer, alongside Erin Cuthbert and Alex Greenwood. All three have gone on to have stunning individual seasons for their clubs.

Mead has been particularly vocal about how missing out on a spot in Tokyo spurred her on this season. “It really made me step into another gear in the off season,” the winger said following Arsenal’s final-day victory over West Ham.

Given the campaign she has enjoyed, Gunners’ fans may be half hoping that Mead is dramatically axed from England’s Euro 2022 squad. Imagine the gear she would step into in 2022/23.

She has frequently been the player for the big occasions for Arsenal this term, netting three goals in her two WSL appearances at the Emirates. Only Vivianne Miedema and Sam Kerr have provided more goal contributions than Mead in the top flight during the 2021/22 campaign, with the 27-year-old chipping in with 11 goals and eight assists. These have been goals of real quality too – from her long-range, swerving effort against Aston Villa to her spectacular solo run and finish against Spurs.