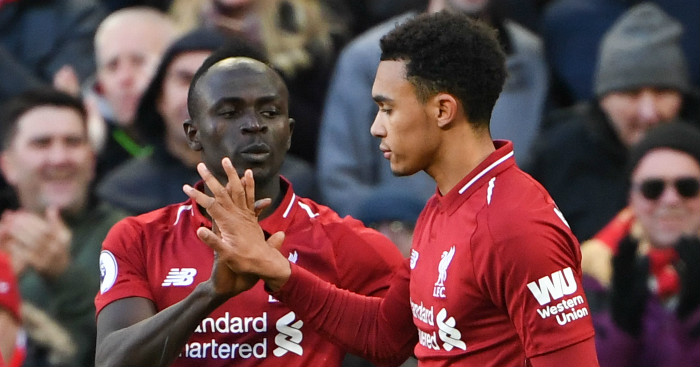 Sami Hyypia has said that Liverpool’s biggest worry in the race for the Premier League title lies in the fitness of their full-backs.

Trent Alexander-Arnold and Andy Robertson have become unmissable parts of the club’s creativity going forward in the past two seasons, providing 30 assists between them in all competitions last term and five so far this campaign.

While Liverpool are also short of cover up top – with Divock Origi and Xherdan Shaqiri their only replacements – Hyypia told the Daily Mirror that the absences of Alexander-Arnold and Robertson would also be problematic for Jurgen Klopp.

“Trent and Andy are world class full-backs but I just wish we could control their load a little bit for the season,” the 46-year-old said.

“They are so vital to the team pattern that they are playing many minutes, because they are just so good.

“Maybe at some stage that could be a small problem but I hope the manager and his staff can balance their load so they are able to play as many vital minutes as they can.

“It’s tough to take them out because they add so much to the team, but I’d be worried if they got injured.”

Liverpool have made an impressive start to the Premier League campaign so far, sitting eight points clear at the top of the table having won all eight of their opening games.