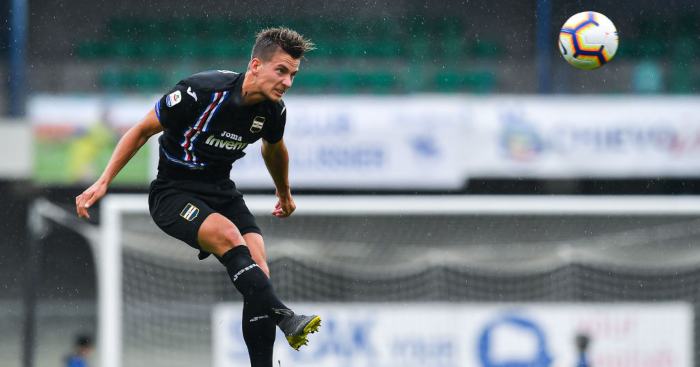 Dennis Praet has revealed that Sampdoria have “verbally agreed” to let him leave this summer, while he has responded to rumours that he has a release clause in his contract.

Reports in Italy have claimed that Arsenal want to blow most of their transfer budget on Praet and his Sampdoria team-mate Joachim Anderson.

Tuttosport claims that the Gunners want to spend €42million on the pair as they try to do a double deal.

Praet reportedly has a €25million (£22m) release clause in his contract, while Anderson will cost around €22million (£19.5m).

The Belgian has been linked with a move to the Emirates Stadium in recent weeks as a possible replacement for Aaron Ramsey, who has completed a move in the other direction, joining Serie A giants Juventus on a free transfer.

And now Praet has broken his silence on reports he could leave the Italian outfit, the midfielder told Het Laatste Nieuws: “I want to move to a top club in one of the four top leagues.

“I don’t have a release clause, but Sampdoria have verbally agreed to grant me a move if an interesting offer arrives.”