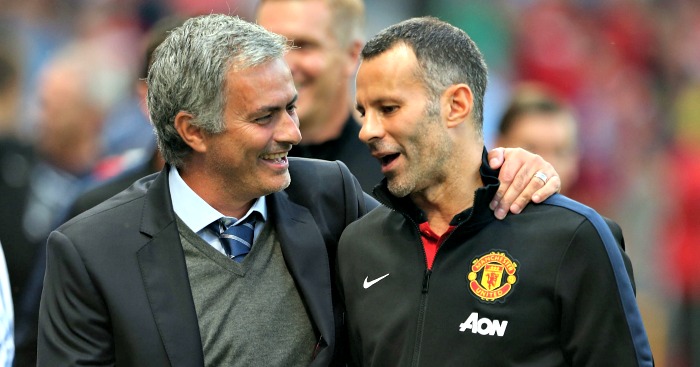 Manchester United fans’ support of Ryan Giggs is not as vociferous as was expected, says Martin Samuel of the Daily Mail.

Giggs has emerged as the favourite to succeed current United manager Van Gaal in the summer, after it emerged that the club would rather promote their assistant to the role instead of appointing Jose Mourinho.

Mourinho is a manager that would likely split fans given his regular controversies while at Chelsea, but Martin Samuel of the Daily Mail pointed out that support for Giggs is also far from universal.

“You would think he would be the popular choice, Ryan Giggs,” Samuel said.

“Manchester United, instead of importing a Guardiola type, should be creating their own Guardiola. I looked at that and thought, ‘That’ll strike a nerve with United fans, they’ll all be behind this’, but the reaction wasn’t there.

“The great love and faith in Ryan Giggs I thought there would be wasn’t there.

“It’s almost as if he has been damaged in some way – in terms of being seen as the guy who can take the club forward – by sitting beside Louis van Gaal and David Moyes as it’s all gone wrong.

“That might be very, very unfair on Giggs, he might have brilliant ideas that are completely at odds with Van Gaal’s but it is very hard to sit alongside a guy for all this time and for people not to think, ‘Well, what’s he doing?’”