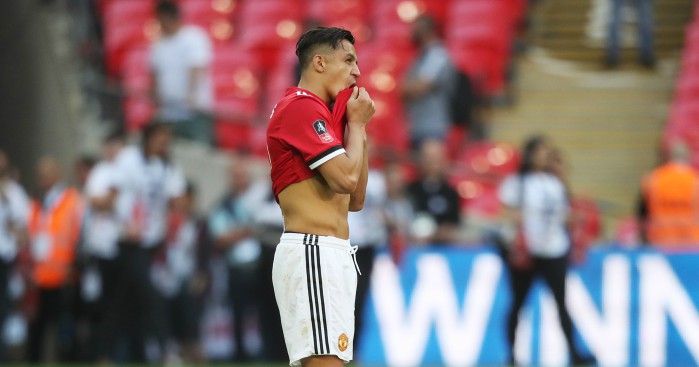 Chile international Sanchez was singled out for criticism following his poor display as United lost 1-0 to Chelsea at Wembley on Saturday. Read 16 Conclusions.

Scholes believes Sanchez will have to improve vastly next season if United are to have any chance of challenging champions Manchester City.

“His performances, well they have to improve,” Scholes told BT Sport. “They can’t get any worse to be honest with you.

“I think the next few games of next season are vital to him, he needs to get fans believing again and believing they are going to get close to City. They need a big player.

“Paul Pogba does not win you games on his own. (Eden) Hazard does. Alexis Sanchez doesn’t, he’s shown that since January, they thought he could, but what we’ve seen…

“They need two magical players. I think they’ve got really good players, they haven’t got a Hazard, (Cristiano) Ronaldo, (Lionel) Messi, and I know many teams haven’t, but the difference between the two was the quality in Hazard, we saw that in big games. United don’t have that.”

Hazard scored the only goal of the game from the penalty spot early in the first half after he was fouled by Phil Jones.