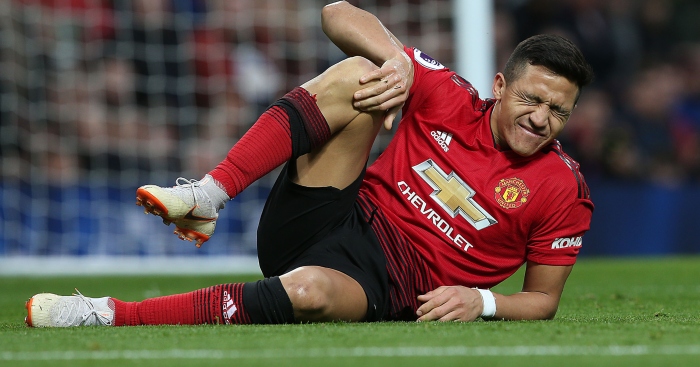 Remember how we used to describe Alexis Sanchez?

Think back to the two years after he arrived in England, between 2014 and 2016. He was Arsenal’s best player and one of the stars of the Premier League. A sensationally gifted footballer, but a laudably industrious one too; you couldn’t write an article about Sanchez without referencing both his high class and iron will.

Back then, Sanchez embraced that street footballer identity. Like Carlos Tevez, like Luis Suarez, he was bracketed with a particular type of South American player. Brilliant, but also relentless. Prone to exerting himself on games in rhythmic, thunderous pulses which, if the mood was right, could make him seem like the only player on the pitch.

Three years later, the perception of Sanchez could not be more different. At the time of writing, it remains unclear whether he’ll actually move to Inter Milan. What is certain, though, is that if he is to leave, then Manchester United will have to pay him handsomely not to play for them.

And even then, that wouldn’t be for good. A report in the Guardian this week claims that Sanchez is most likely to leave on a loan which United will have to subsidise to the tune of £215,000 per week. In a situation descriptive of the club’s predicament, that would still make the Chilean their fourth-highest paid player, behind David De Gea, Paul Pogba and Anthony Martial.

It’s a convenient detail, because it suits the mood. It seems like every generation has to have this character – someone who makes us despair of the game’s avarice. He’s a player whose notoriety transcends the sport, becoming small talk for people who don’t like football but want to join in.

“What does that bloke at Manchester United earn? Andreas something? Santos?”

A shake of the head, a slug of red wine and we’re all in agreement: he’s someone to be loathed.

But is this really fair?

First, the Arsenal situation. Sanchez burnt his bridges in north London, there’s no contesting that. His frustration at the team’s inability to compete manifested itself in all sorts of counter-productive ways – most noticeably in games, when his performances were often punctuated with self-indulgence; any benefit to Arsenal seemed like a random collision of interests.

He pouted, he threw his arms in the air (a lot) and he started doing all the tedious things that want-away footballers do. There was one moment which engendered some sympathy, though, and that was at Bournemouth, when Arsenal came from three goals down to rescue a point at Dean Court.

Sanchez had begun the comeback, making it 3-1 in the 70th minute. Lucas Perez got a quick second just five minutes later and, although Olivier Giroud’s equaliser wouldn’t arrive until the 92nd minute, Bournemouth were by that juncture down to ten men (Simon Francis had been sent off) and there was at least one more chance in the game.

But the Arsenal players didn’t hurry the ball back to the halfway line. Instead, they followed Giroud’s prancing scorpion celebration into the far corner, winding down the clock on themselves.

Could it be excused? Yes, of course. But it was also a footballing Freudian slip which exposed Arsenal for what they were. Most people could probably empathise with Sanchez’s frustration when, at the final whistle, he threw his gloves angrily to the floor. Anybody with the slightest competitive impulse would have understood that reaction.

Sanchez’s gloves, the symbol of the 2 points Arsenal dropped at Bournemouth pic.twitter.com/7i4CmPkBTd

As they would the decision to not extend his contract. It’s important to remember that Sanchez was originally wanted by both Manchester clubs and we can presume he had been in contact with at least one of them prior to contract negotiations. Of course that was tempting for him, and not just for financial reasons.

If the option had been City, then that opportunity speaks for itself. But United were no meagre proposition, either. The club he joined in January 2018 were second in the league and superficially resurgent under Jose Mourinho. At the time, they promised Champions League football and a credible title challenge, the absence of which he had grieved in north London.

At this stage, it’s important to introduce a theme which is gaining greater acceptance. As Rory Smith wrote in the New York Times back in June, Sanchez is almost a test case for the issues resulting from football’s congested fixture calendar. In the article, he describes a player who refused to sit out games at Arsenal, would never decline an international call-up (which, obviously, often involved long, trans-continental flights) and spent much of his latter career right at the edge of his physical limitations.

His appearance statistics certainly support that. At 30, Sanchez has taken part in over 720 senior games. For the sake of context, when Wayne Rooney left Manchester United to join Everton – a moment which occurred long after his decline had begun and burn-out had been diagnosed – he had played in somewhere within the region of 680 games.

Between 2014 and 2017, internationals included, Sanchez appeared 184 times for club and country. Whether Arsene Wenger could have done more to limit the player’s exposure is another issue, but that he tried is very revealing. He understood the risks ahead and, given the precedents which existed by then, that did not demand any particular foresight.

The conclusion to draw is that Manchester United were incredibly reckless. The cost of bringing Sanchez to Old Trafford was incidental, but offering £350,000 a week for the duration of a four-and-a-half year contract, to a player with that resumé bears no kind of scrutiny whatsoever. Arguably, of all the contracts offered throughout football’s bloated, imperialist era, it’s the worst of the lot.

Today, the issue seems almost to have become a moral one. While his time in English football began in the costume of the admirably industrious star, it’s ending with Sanchez as a punchline – as the butt of jokes which pivot around his salary, and as the jump-off point for long articles anticipating the sport’s financial implosion. The accusatory finger is very much pointed at him.

But isn’t it misdirected? Relative to the normal working world, football’s finances are obviously obscene. But where does the responsibility lie for the kind of situation which ends with this type of stand-off – who do we blame, United or Sanchez, Real Madrid or Gareth Bale?

Approaching from another direction, aren’t Alexis Sanchez’s last few years part of a cautionary tale? Rather than fodder for the banter accounts and the guffawing talking heads, doesn’t his situation prompt a natural pause for thought – one, perhaps, in which the stress placed on top-level footballers is properly appraised and the naivety of modern superclubs is afforded the examination it needs and deserves?

The situations at Bury and Bolton have made us all more sensitive to wastage, but that’s still the right prism through which to view this. It’s the abuse of resources, both physical and financial, and it betrays a degree of institutionalised gluttony which is increasingly hard to stomach.

There are no LOLs to be had, no jokes to be made; this was the sport at its most thoughtless, most reckless worst. A vast over-spend, a career worn-down long before its natural expiration date, and yet still no market correction in sight.