Home All The News Sanchez: In truth it’s been very hard for me at United 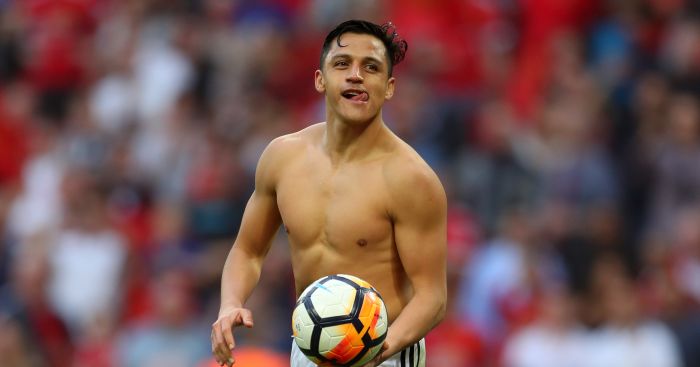 Alexis Sanchez admits he has struggled to settle into life at Manchester United as quickly as he would have hoped.

The Chile international scored the equaliser as the Red Devils went on to beat Tottenham 2-1 in their FA Cup semi-final at Wembley on Saturday.

“In truth it’s been very hard for me, coming to a big club, it changed everything,” Sanchez told reporters after the match. “So today I’m really happy, for the team, the goal and for the attitude we showed throughout the game.

“It was a great pass from Paul Pogba, and when the ball was in the air I wanted to hit it to the near post but then I saw the goalkeeper go the other way so I changed to the far post to catch him off balance.”

Sanchez also had some complimentary words for manager Jose Mourinho and has expressed his wish to “win everything” next season.

“He is a coach that demands a lot, and when we lose he gets very angry,” Sanchez continued. “We need those kind of demands to get the best out of us. He asks me to play a free role, to enjoy myself, to attack, defend, to do everything!

“What can we take from this season? It’s been difficult, I think next year we have to go for it. It was a tough change for me. The coach told me to speak with him as he’s not used to bringing in players in January. It has been demanding but we hope to win the final.

“United are special because of their history, they have so much history on a world level. You guys can see that when you come to the stadium. The fans too, I have come here and I want to win everything next year with this team and with the coach.”