Home All The News Sanchez on Man Utd move: ‘I don’t regret going there’ 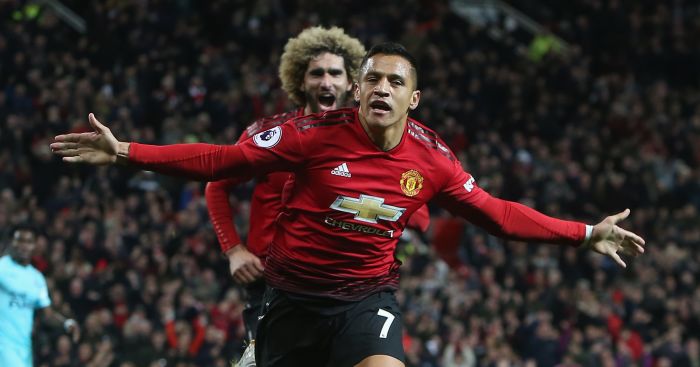 Alexis Sanchez has no regrets about his move to Manchester United and had ambitions to “win everything” at Old Trafford.

“I’ve always said that. It’s the club that’s won the most in England.

“When I went to Arsenal it was fantastic – I was happy there – but United were growing at the time, they were buying players to win something.

“I wanted to join them and win everything. I don’t regret going there.”

Despite his downturn in form after moving to United, Sanchez impressed when playing in the Copa America over the summer, scoring two goals.

“I think that I’m happy when I play for my national team,” Sanchez added.

“I was happy at Manchester United too, but I’ve always said to my friends: I want to play.

“If they would let me play I’ll do my best. Sometimes I’d play 60 minutes then I wouldn’t play the next game – and I didn’t know why.”