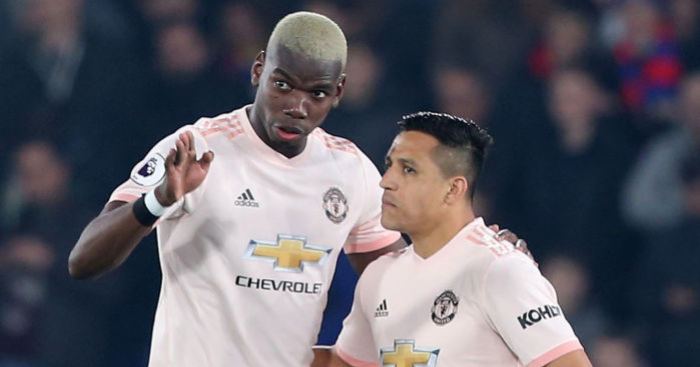 Alexis Sanchez and Paul Pogba ‘are at the centre’ of a rift over pay that is damaging morale at Manchester United.

The club’s two highest-paid players have goal and assist bonuses written into their contracts, causing friction in the dressing room.

Ole Gunnar Solskjaer has been left ‘battling against jealousy and rifts in his squad’ as a consequence, with numerous players frustrated at earning a ‘fraction’ of their wages with no such ‘incentives’.

They quote a source as saying: “The real problem is the incentive plan.

“It has caused a lot of animosity and is as responsible for the lack of the recent failure of team spirit as anything else.”