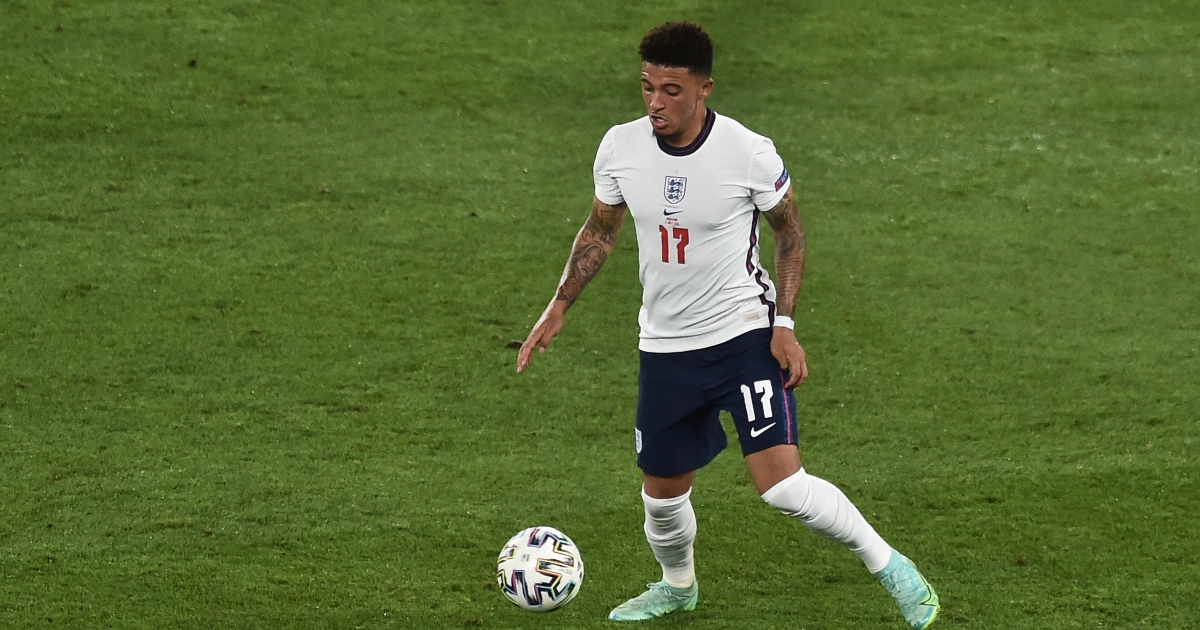 Manchester United have welcomed new boy Jadon Sancho to training for the first time since his move from Borussia Dortmund.

Sancho made the move from the Westfalenstadion for a whopping £73million in June after first registering their interest last summer.

Sancho was granted time off after reaching the final of Euro 2020 with England. However, he ended up reporting for duty a week later than international teammates Harry Maguire and Luke Shaw.

United supporters had been patiently waiting for their new man to attend his first training session and their wish was granted on Monday morning.

The 21-year-old now faces a race to be fit for Saturday’s Premier League opener against Leeds United – although it is highly unlikely that he will start.

Ole Gunnar Solskjaer reiterated last weekend that Sancho and fellow summer signing Raphael Varane cannot be ‘thrown into a game’ ahead of the match against Leeds.

“The medical with Raphael has to be done,” Solskjaer said after his side defeated Everton in a pre-season friendly.

“He’s isolating at the moment, we had to wait for visas, unfortunately, that took a few more days than expected but we’ve got to follow the protocols and rules, it’s taken a few more days than we had hoped for. Jadon is in for Monday and hopefully he’ll be in decent nick and can be involved.

“We’ve had a longer pre-season than last year, last season we had a full group for five days before the Crystal Palace game, so that was a difficult one, naturally, because we went so far in Europe and played a tournament after.

“This summer, at least everyone has had three weeks off. Some have had four, some have had five, we’re still lacking match minutes for a few. But we’re getting there, better prepared than last season.

“Some started July 5, some trained with us for the first time this week, of course Jadon is next week and Raphael hopefully when the medical is sorted he’ll be a few days with us.

“But we have to get them through a fitness regime and programme. We can’t just throw them into a game. The staff are doing great work, the sports science guys are working hard to get everyone up to speed as quickly as possible.”