Home All The News Sancho form may be due to Man Utd, says Favre

Sancho has scored one goal and claimed three assists in his first six games of the season for Dortmund. 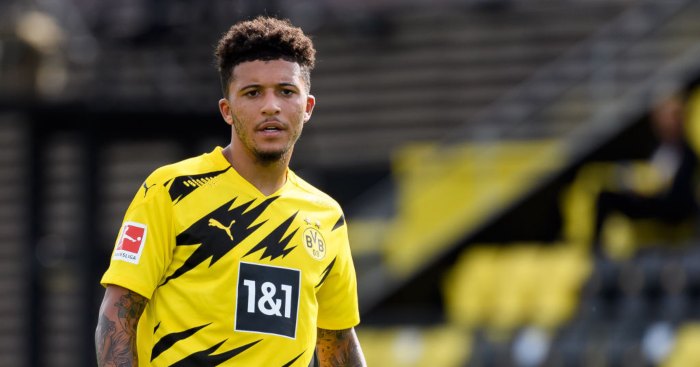 Borussia Dortmund boss Lucien Favre believes Jadon Sancho’s slow start to the season could be down to the constant speculation linking him with a move to Manchester United.

The German club rebuffed United’s attempts to land Sancho, holding out for £108million the Red Devils were unwilling to match.

CEO Hans-Joachim Watzke didn’t rule out a future move to Old Trafford for Sancho, claiming United “misjudged” the situation in the summer.

Sancho has since struggled to rediscover the form that saw United interest pique in the first place, scoring one goal and claiming three assists in his first six games of the season.

Favre says Sancho’s dip in form is only natural after a turbulent summer.

“Every player has slow periods,” Favre explained. “There was a lot of talk about Jadon in the summer, something like that can also have an influence.

“But no player is consistently in top form for a year, that’s impossible. You have to accept that.”

Dortmund face Zenit in the Champions League on Wednesday following a 3-1 defeat to Lazio in their opener.