Home Manchester United Sancho ‘hasn’t quite got up to speed’ at United, claims pundit 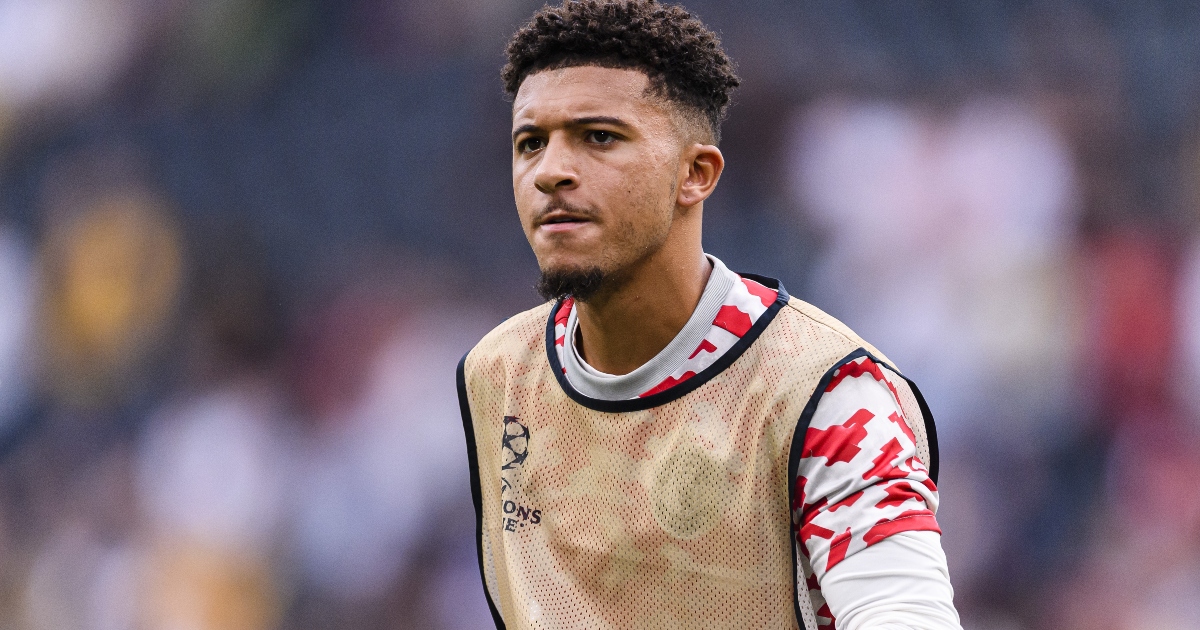 Sancho had been heavily linked with a move to Old Trafford for over a year before finally moving in a £73million transfer in July.

He was excellent during his time at Dortmund, scoring 50 and assisting 64 in 137 appearances for the German club.

Marcos Alonso is king pr*ck but Spurs fans not blameless

Sancho was called up for the England squad for the first time during his time in Germany and has now racked up 22 caps for the Three Lions.

However, the 21-year-old is yet to score or assist a goal for the Red Devils.

And former Chelsea midfielder Townsend says the winger “hasn’t quite got up to speed” but believes there is still a lot of potential in the player.

He told talkSPORT: “To be fair to Jadon Sancho he hasn’t kicked a ball yet.

“He’s struggled a bit, he hasn’t quite got up to speed with it all, he’s still a young man and there’s no questioning his talent and his ability, we’ve all seen that.

“He hasn’t quite stitched it together yet in a United shirt when he’s had a chance or two.”

Roy Keane has also chipped in, claiming Man Utd fans need to give Sancho “a break” after his slow start at Old Trafford.

Keane said on Sky Sports: “He’ll be fine. He’s been at the club what, two months? There’s been a lot of changes, new players coming to the club – give the kid a break.

Elsewhere, United boss Ole Gunnar Solskjaer has said Marcus Rashford is unlikely to be back until after the next international break.

When asked how close Alex Telles and Rashford were to returning, Solskjaer told the club’s official website: “Yeah it’s going well. They’ve worked really hard, both of them. Alex is a bit further on than Marcus. I don’t think we’ll see Marcus until after the international break but Alex has worked well and will be in the squad as well.”