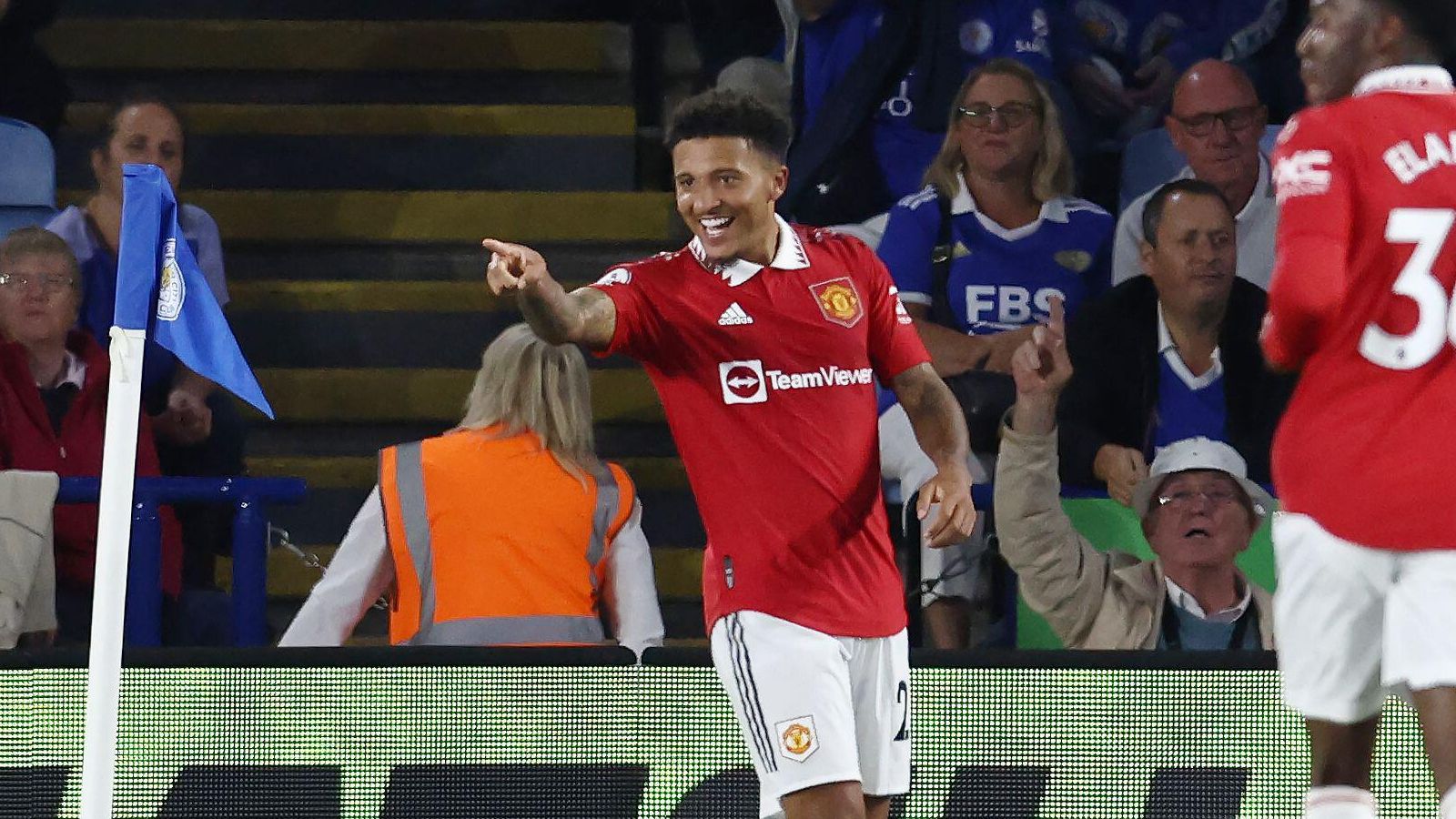 Jadon Sancho has been told that he’s the only current Man Utd star who would have a “good case” to make it into a combined XI with Man City.

But the Englishman has shone at the start of this campaign though as Erik ten Hag has quickly got the best out of the winger.

The 22-year-old was unfortunate to miss out on a place in Gareth Southgate’s England squad for the international break but he will be in contention for the World Cup if his great form continues.

Sancho will be looking to make a positive impact for United when they face Man City in the Manchester derby on Sunday.

Ahead of this game, Robbie Savage has argued that “you could make a good case” to include Sancho over Jack Grealish in a combined XI, but he is the only United star who could make it in:

“Erling Haaland is a monster who breaks records every week for Manchester City – but even the most fearsome beasts can be tamed,” Savage wrote for The Mirror.

“And if Erik ten Hag wants to make a big statement about his culture taking root at Manchester United, a derby win at the Etihad and stopping the Norwegian juggernaut would be a huge step.

“Cards on the table: City are big favourites this weekend. The balance of power in Manchester has shifted so far in 10 years that, for the first time in my lifetime, in a combined City-United XI the entire team would be blue from back to front.

“You could make a good case, based on form before the international break, that Jadon Sancho might edge out Jack Grealish. But in every other position, it would be hard to deny City hold all the cards now. From Ederson in goal to Haaland up top, man-for-man they look stronger – and I never dreamed I would be saying that when Sir Alex Ferguson retired in 2013.”

Savage did go onto praise Man Utd as he believes that “things are looking up at Old Trafford”:

“Things must be looking up at Old Trafford: Ten Hag has won manager of the month for September, only the second time a United manager has won the award since Ferguson quit (Solskjaer won it in January 2019).

“And Marcus Rashford has won Premier League player of the month. Wow – he must have been playing out of his skin to beat Haaland to it. To date, Haaland has scored 14 goals in his first 10 games for City and has lived up to every word in the brochure.”

He added: “Lisandro Martinez and Rafael Varane, whose partnership at the back was showing real promise before the break, will face the ultimate test of discipline and resolve.

“United have already beaten Liverpool and Arsenal by taking the game to them, and the same tenacity may serve them well at the Etihad because they can’t let City dominate the ball as they did last season, when they enjoyed almost 70 per cent possession home and away.

“Ten Hag has already come through a severe examination of character after United lost their two opening games against Brighton and Brentford in traumatic fashion. Now Haaland’s rampant form, and Pep Guardiola’s strategic genius, will provide his biggest test in English football to date.”