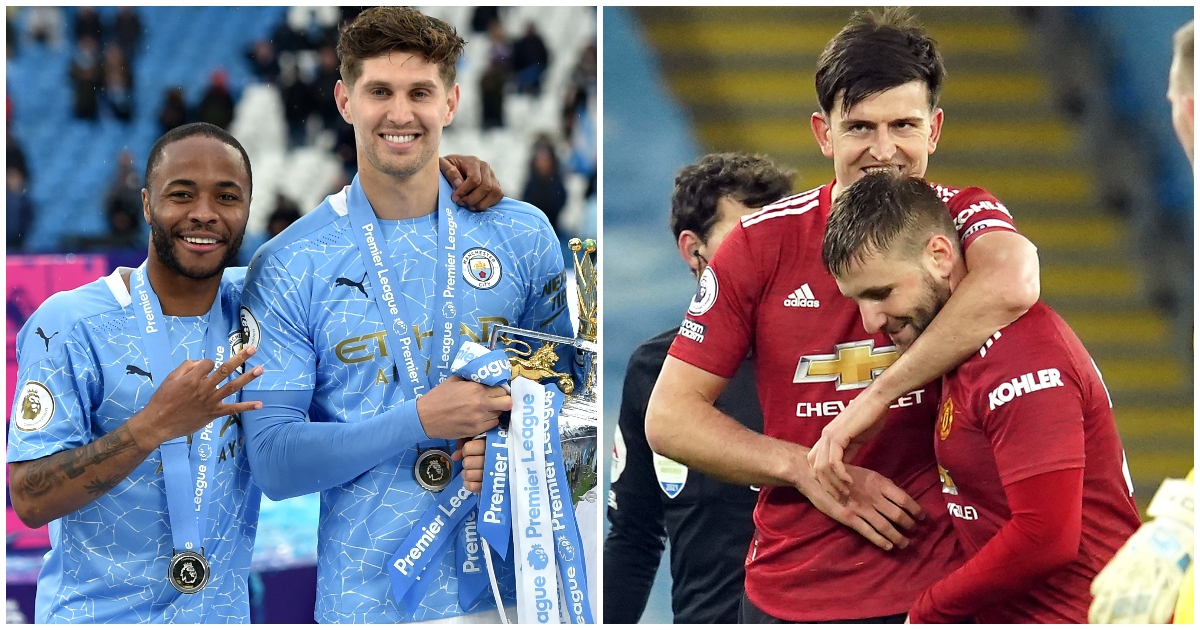 Where will Jadon Sancho rank among the top ten most expensive Englishmen? He couldn’t do much worse than Danny Drinkwater, even if he runs over Sir Bobby Charlton’s cat on the way to signing for Liverpool next year…

10) Danny Drinkwater (Leicester to Chelsea, £34m, 2017)
The former England midfielder is nothing if not an optimist. “I would like to think so,” he replied earlier this year upon being asked whether he felt he could break into Thomas Tuchel’s team when he returns to Chelsea this summer.

In fairness, he could hardly say “do I f*ck”. But that would have been a far more realistic answer. Drinkwater hasn’t played for Chelsea since 2018. In the meantime, he has had loan spells at Burnley and Aston Villa, where he made a combined total of five Premier League appearances, before a period farmed out to Turkey with Kasımpasa.

He has also been convicted of drink-driving and was attacked outside a Manchester nightclub after allegedly trying to chat up the girlfriend of a Scunthorpe player. Then he booted a 16-year-old. Just a terrible move for everyone outside Leicester.

9) Andy Carroll (Newcastle to Liverpool, £35m, 2011)
If it looked like Carroll’s heart wasn’t really in it at Anfield, it’s because it wasn’t.

“I was injured at the time, and all I’m thinking is, ‘Please just fail the medical’,” Carroll told the Daily Mail of what was in his mind when he was sold by his hometown team to a Liverpool side desperate for a replacement for Chelsea-bound Fernando Torres.

“The minute I got on that helicopter I wanted to come back… I was like, ‘I’m not going’. I’d just bought a house, and a cat the day before. But then I was told, ‘You’re going’, and that was that.

Carroll gave it a go but it didn’t work for anyone other than Mike Ashley. The England striker scored half a dozen goals for Liverpool before the Reds eventually took a £20million hit by selling Carroll to West Ham.

8) Alex Oxlade-Chamberlain (Arsenal to Liverpool, £35m, 2017)
The former England midfielder has been desperately unlucky with injuries since rejecting a new deal at Arsenal to accept a lower offer to sign for Liverpool.

A knee problem sustained towards the end of a promising first season at Anfield kept him sidelined for a year but he returned in time to pick up a Champions League winner’s medal as an unused sub in the final against Tottenham.

7) Aaron Wan-Bissaka (Crystal Palace to Manchester United, £49m, 2019)
Manchester United scoured through 804 right-backs before settling on Wan-Bissaka. The logic appeared sound – the Palace academy graduate had earned himself a reputation as one of the very best one-on-one defenders in the game and he was coming into a back four that would crumble in a breeze.

His defensive attributes were obvious and with Harry Maguire, Wan-Bissaka played a key role in firming up United’s ropey rearguard. But United need more from a full-back.

Upon crossing the halfway line, Wan-Bissaka has been hard to watch. There was an improvement through last season, but not enough to stop United pursuing a deal to sign Kieran Trippier.

The Chelsea defender was viewed as the third-choice left-back in a Euros squad which featured only one other specialist left-back. Southgate preferred Trippier over Luke Shaw and Chillwell in England’s opener before the United left-back channelled Roberto Carlos through the rest of the tournament.

It didn’t help that Chilwell had to isolate for 10 days after a brief liaison with Billy Gilmour, but that didn’t hurt Mason Mount’s cause. It was a disappointing end to a season which Chilwell finished strongly at club level, winning the Champions League in his first season at Chelsea.

He seems to have won over Thomas Tuchel having lost his place somewhat around the change of manager at Stamford Bridge. But Chilwell will start the new campaign still with plenty to prove.

Every England player ranked on their Euro 2020

5) John Stones (Everton to Manchester City, £50m, 2016)
A year ago, Stones would probably have been sandwiched on this list between Carroll and Oxlade-Chamberlain after a torrid couple of years at City which saw him fall out of favour for club and country.

But a remarkable renaissance has seen Stones cement his place for City and England. It helps that he has two rock-solid partners in Ruben Dias and Harry Maguire, but Stones is hardly hanging on either team-mate’s coattail…

4) Kyle Walker (Tottenham to Manchester City, £47m, 2017)
Similarly to Stones, though perhaps not as extreme, Walker has had to rise above scepticism over his form. Particularly from Roy Keane…

“Kyle Walker, people are telling me he’s playing well, I don’t think so,” Keane said last November when the City star conceded a penalty against Liverpool. “This guy is 30 years of age, an international player, he’s a car crash. He keeps on making these type of mistakes.”

After that draw, Walker was in and out of Pep Guardiola’s XI in the Premier League but he was a mainstay of City’s defence in the Champions League. He was then the pick of some pundits, including Jose Mourinho, as player of the tournament at the Euros, where he excelled on the right of a back three.

3) Luke Shaw (Southampton to Manchester United, £33m, 2014)
Okay, it took a long time – too long – for Shawberto Carlos to finally shine though. But seven years after moving to Old Trafford, Shaw has showed himself to be a bargain.

It was a long road, on which Shaw had to navigate beyond career-threatening injuries and Jose Mourinho. But, belatedly, Shaw is now one of the first names on the United and England team-sheets.

He didn’t help himself at times. Shaw’s fitness was questioned by numerous managers – though only one retained a grudge, that we know of – and his professionalism was doubted consistently. But with a couple of bosses who have put their arm around his shoulder more than their boot up his arse, Shaw has become the world-class defender United suspected he could be when they took him from St Mary’s.

2) Raheem Sterling (Liverpool to Manchester City, £50m, 2015)
Even in the wake of the European Championships, when Sterling would likely have been named as player of the tournament had the penalty shoot-out gone the other way, it is worth remembering what Sterling has achieved since joining City while leaving Liverpool under a cloud six years ago.

Sterling has won three Premier League titles, an FA Cup and four League Cups at City, while Guardiola brought him back in to start the Champions League final as a demonstration of the manager’s faith in the forward, which was thought to be wavering.

Which would be harsh given Sterling’s contribution to City. In the last two seasons, he has had a direct role in 56 goals in 82 games. Then he went to the Euros and proved to be England’s most important player. And he’s still only 26.

1) Harry Maguire (Leicester to Manchester United, £80m, 2019)
Maguire was written off by many before he’d headed a ball for United simply on the basis of his huge transfer fee. But the centre-back had a transformative effect on United’s backline as soon as he joined and now he is getting the plaudits his form and resilience deserves.

He needed the latter quality in abundance last year. His Mykonos misery extended to the Old Trafford pitch and Maguire’s struggles spread throughout Solskjaer’s side and all the way to Wembley where he was sent off in the first half of a defeat to Denmark last October.

Since then, though, Maguire has proven himself to be one of the most important players at Solskjaer and Southgate’s disposal. Southgate demonstrated his faith in Maguire by allowing him all the time he needed to return from an ankle injury, while Solskjaer is belatedly getting around to giving him the standard of partner Maguire deserves.