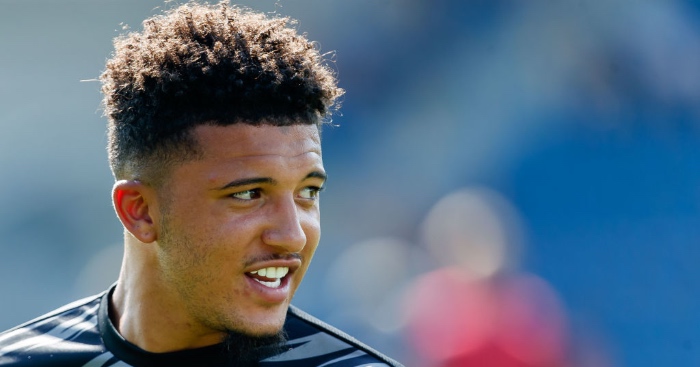 Manchester United were reportedly “one step away” from securing a deal for Jadon Sancho in July, before they decided to restructure the deal.

Sancho was Ole Gunnar Solskjaer’s top target this summer, but the England international will stay at Borussia Dortmund after United failed to stump up the £108million required to land him.

READ MORE: Which Big Six Premier League side has the strongest squad?

And Fabrizio Romano has revealed just how close United came to signing him.

He told the Here We Go podcast:”Jadon Sancho was really one step away from joining Manchester United at the end of July and the start of August. He was one step away.

“It’s also been confirmed by some agents who were in contact with United because of other players, they met with United’s board in these days at the end of July and the start of August and everyone said, ‘United have signed Sancho. It’s just a matter of details.’

“What happened? They changed the structure of the payment of Sancho, saying like, ‘We’re going to pay €80m with add-ons.’

“United were really convinced that before deadline day, and at the end of September, that Borussia Dortmund would be ready to accept a different bid – not just €120m but €90m, more add-ons, payments in two or three years to try to sign Sancho.

“They said, ‘Okay it’s the coronavirus summer, we need money, every club needs money, let’s try at the end of the summer.’

“But the position of Dortmund was still the same, ‘We will sell the player for €120m.’

“They said they had the deadline but if United would arrive with €120m, also on deadline day, Dortmund were going to sell Sancho.

“It was just a matter of money, of paying immediately €120m.”

The Athletic claimed Joel Glazer was unwilling to improve their offer after the bid of £80million plus add-ons was rejected, which the Express say ‘suggests that the idea to try and restructure the deal for Sancho would have come from above Ed Woodward as they sought to keep costs down.’