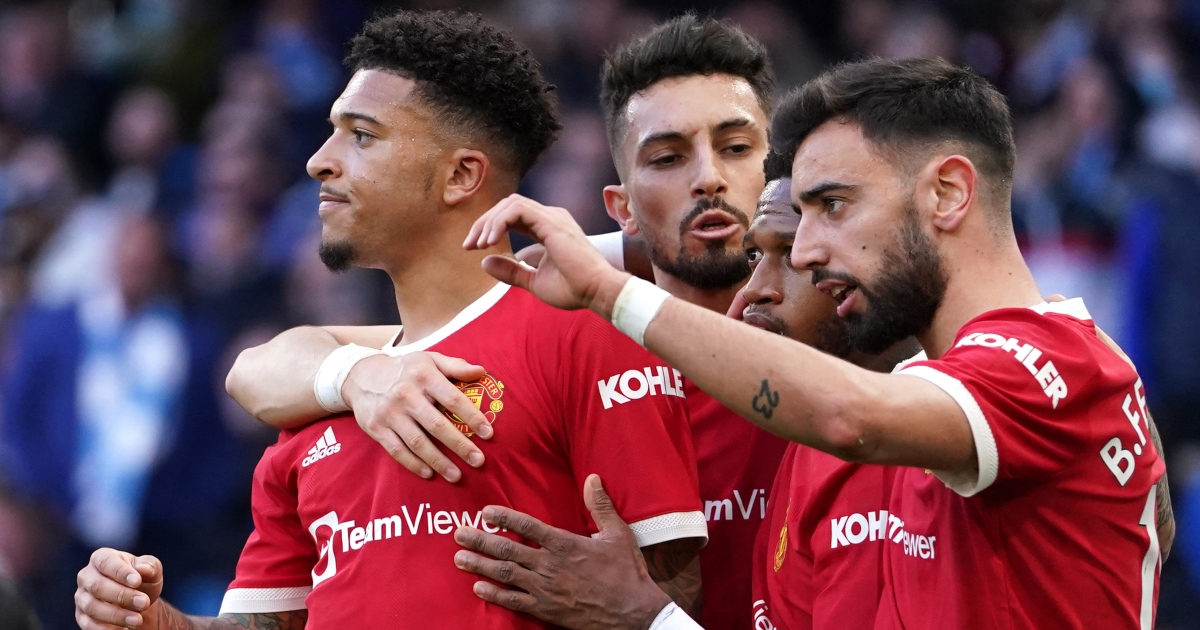 Man Utd’s Jadon Sancho has revealed that Chelsea and Liverpool players tried to convince him to join their team while on international duty with England.

The winger completed his long-awaited move to Old Trafford last summer from Borussia Dortmund. They paid around £73m to sign him.

Sancho struggled at the start of this season but in recent weeks he has been one of the Red Devils’ standout performers.

Along with the Englishman, Man Utd also signed Cristiano Ronaldo and Raphael Varane from Juventus and Real Madrid respectively.

Sancho only managed one goal contribution in his first 18 Premier League matches of the season, however, he has managed four in his last five.

“It certainly [hasn’t been] my best season, but I have learned a lot. A new league, new teammates. I would say that I’m only now really starting to break free. I feel more and more comfortable and happy.”

The 21-year-old revealed that during the summer players from Chelsea and Liverpool tried to tempt him to join them instead of Man Utd.

“There were also the guys from Chelsea and Liverpool, who all tried to convince me their club, but it only really got serious after Euro 2020.”

Meanwhile, former Man Utd man Dimitar Berbatov has named four dream signings he would like his former side to make, including a Chelsea defender.

Speaking to the Daily Express, the Bulgarian said: “I will say, for a striker, and this is pretty much impossible to happen, but if I were a manager in an alternative world, I would try to sign [Erling] Haaland or [Kylian] Mbappe.”

Berbatov continued: “And at centre-back, obviously, I have a bit of difficulty here, but they do need to send a centre-back, United.

“They have five players for that position, and still things are not going quite well. [I will say] Rudiger because I’m concentrated on him.”