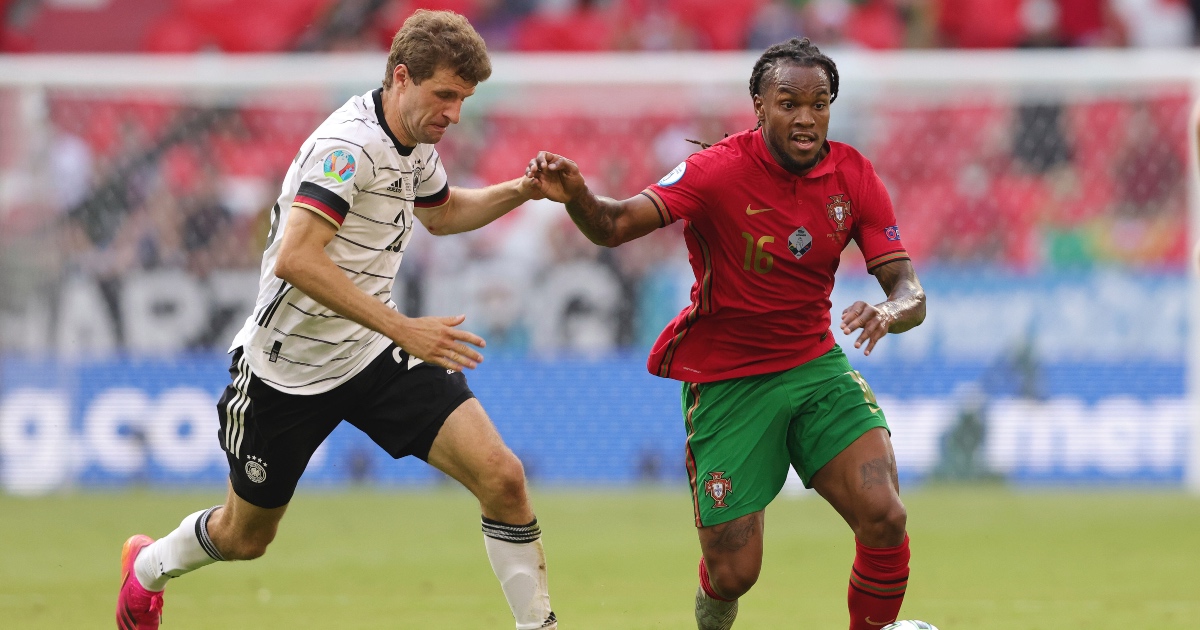 Arsenal want to be kept in the Sanches loop and Man United make room for Sancho.

IN THE SANCHES LOOP
Mikel Arteta and Edu are in the process of quite the Arsenal overhaul.

They have all-but secured the signing of Ben White for Â£50million from Brighton and are linked with a swathe of players in other areas, including a new striker and central midfielder.

They’re said to be very keen on Sweden forward Alexander Isak to provide some added firepower, with Everton’s Dominic Calvert-Lewin also being monitored.

Former Liverpool playmaker Philippe Coutinho has also been linked and the Gunners bosses are ‘seeking clarity’ over his injury problems.

But it’s in central midfield that they require big changes. Granit Xhaka has been heavily linked with a move to team up with Jose Mourinho at Roma, while Matteo Guendouzi and Lucas Torreira are thought to be close to agreeing permanent moves away from the Emirates this summer.

Anderlecht’s Albert Sambi Lokonga is one name that continues to crop up, but the Gunners have also asked Lille to keep them in the loop on any developments on Renato Sanchez.

That’s according to 90min, who claim Arsenal have now joined Liverpool in targeting the 23-year-old, who struggled in his time with Swansea and at Bayern Munich, but has shone for Lille this season, helping them to the Ligue 1 title.

He moved to Lille from Bayern for Â£18million in the summer of 2019 and it’s thought he could be available for roughly double that figure.

MAKE ROOM FOR SANCHO
‘Every player has a realistic valuation’ is said to be Ole Gunnar Solskjaer’s attitude ahead of a summer revamp of his squad, according to ESPN.

Manchester United are thought to be as close as they’ve ever been to securing the signing of Jadon Sancho from Borussia Dortmund for around Â£80million.

Solskjaer is also desperate to land a centre-back to partner Harry Maguire, with a number of names linked, as well as a right-back â€“ possibly Kieran Trippier.

But it’s thought the Red Devils boss will need to clear the decks somewhat to raise transfer funds and reduce the wage bill to add to his squad.

A number of fringe players and the likes of Diogo Dalot and Andreas Pereiera â€“ who spent last season on loan elsewhere â€“ may be shown the exit, but Solskjaer would also reportedly be willing to let Anthony Martial and Donny van de Beek leave the club this summer.

Van de Beek has barely played under Solskjaer following his Â£40million move from Ajax and Martial struggled to make an impact at Old Trafford last season.

WERNER AND NAGELSMANN
Timo Werner didn’t score the goals expected of him at Chelsea last term.

That interest has led to speculation that Werner could be surplus to requirements at Stamford Bridge.

And the Daily Star have been fueling that fire, picking and choosing their quotes from agent Karlheinz Forsterbe to suggest he could be off to Bayern Munich to reunite with Julian Nagelsmann.

He told Sport1: “Julian let Timo play in a different position at Leipzig. A bit like Thomas Muller at Bayern. Julian and Timo appreciate each other.

“Of course, I donâ€™t yet know what will happen in three or four years. Football is fast moving.”

Even that second line suggests a move isn’t imminent and Forsterbe clarified that point later in his discussion, with quotes not included by the Daily Star’s report.

He added:Â â€œYou canâ€™t rule out anything, but if I had to assess it at the moment, then I would say very clearly that Timo will stay at Chelsea,

â€œHe feels comfortable there. A move will not be an issue in the foreseeable future.”