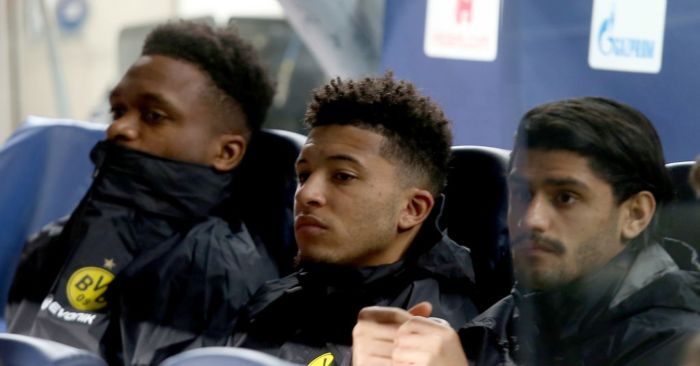 Jadon Sancho told the assorted media he was “not allowed to talk” after Dortmund’s Champions League defeat to Barcelona.

Sancho became only the fourth Englishman to score a Champions League goal against Barca in the Nou Camp, but it was the consolation in a 3-1 defeat.

The winger had only been introduced as a second-half substitute as his Dortmund difficulties continued with being dropped by Lucien Favre.

The manager said he “explained” the situation to Sancho before the game.

“I told him it was a really difficult game here in Barcelona, and we needed players that were really focused and that went on to the pitch really focused.”

Sancho, who was said to have felt ‘humiliated’ and ‘scapegoated’ recently, seems bound to depart Germany in the summer.

Barcelona, Real Madrid and Manchester United are known admirers, while PSG are also in the race.