Sane has finally completed his long-awaited move to Bayern Munich from Man City. 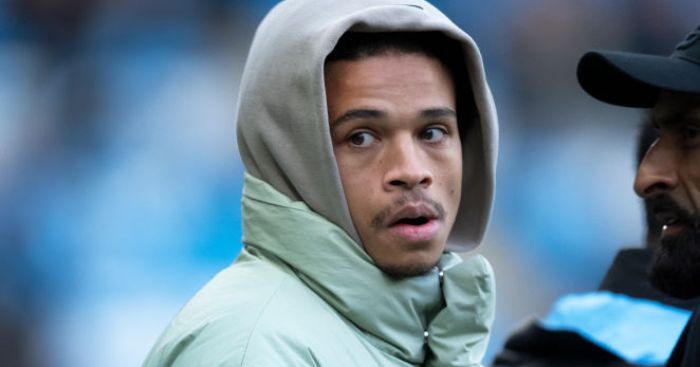 Leroy Sane has revealed why he rejected a new contract offer at Manchester City in favour of a move to Bayern Munich.

The German winger has finally made his long-awaited move to the Bundesliga club after a two-year pursuit, in a £54.8million deal.

Sane will receive double the money he was on at City after signing a contract worth €22m per year, but he insists money was not a factor in the move.

He claims he was attracted to Bayern’s plans for the future and impressed by their persistence in trying to sign him.

“It wasn’t easy. Pep Guardiola and this fantastic team were the reason why I moved to Manchester. But I wanted to do something new,” he told SportBild (via MEN).

“The concept and the plans of FC Bayern were the best match for my ideas. That’s why I came to my decision.”

“The Bayern system really fits me perfectly. Wingers characterize Bayern’s game; that of course suits me very well. That was very much a key point for me.

“Of course I want to play, but I don’t demand to start every match. No player in the world can play every match and reach his highest level. I have my goals, but I’m zero-point-zero percent against rotation.

“It helps the team get some good freshness, give new impulses.”

Sane also revealed he had spoken to manager Flick on the phone before joining, and that sporting director Hasan Salihamidzic had been involved in the transfer ‘from the start’.

“I know Hansi Flick from the under-21 national team. I’m aware of how he works, and I know his personality. It’s a very good fit. We talked about what he expects of the team and of me, what the goals are, what the work looks like in general. I was delighted that Hansi Flick will be my coach. That was a very good phone conversation.”

And on Salihamidzic’s involvement, he added: “He was behind the transfer from the first moment and was not put off by anything. I’m grateful for that.

“He showed me how the club works, which team it has in mind, how the way looks. I immediately noticed: I know a lot of boys here, I fit in very well here. And I wanted to be part of the successful Bayern path.”