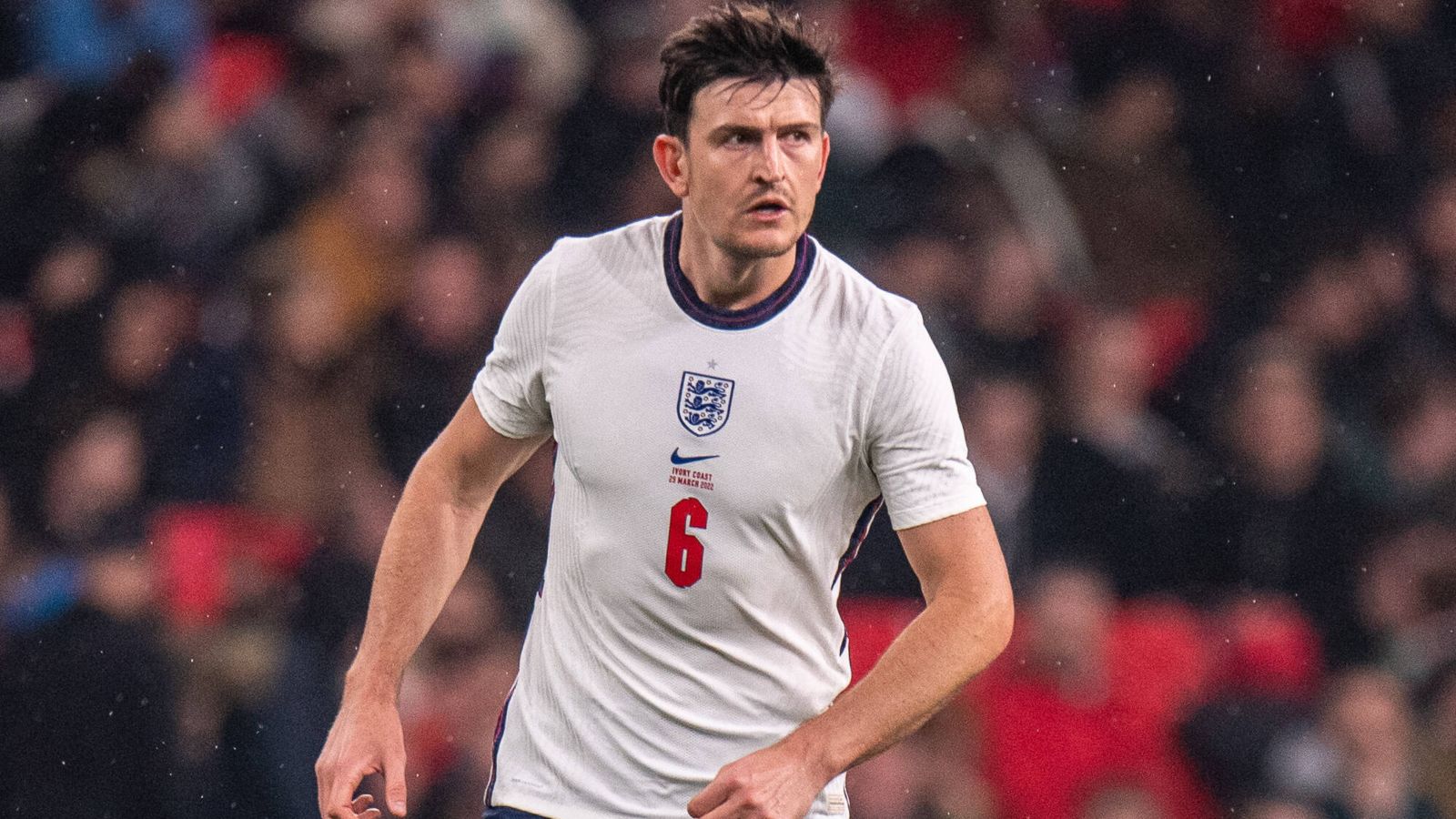 Harry Maguire either IGNORED the boos or reacted sarcastically. Oh and his place is under threat…

So when The Sun Online claim that ‘Harry Maguire breaks silence after being booed by England fans during Ivory Coast win as he heads back to Man Utd’ what they actually mean is that Maguire (or one of his people) has tweeted some utterly anodyne nonsense pretty much as soon as he has woken up the day after the England game. This is it:

Apparently, ‘Maguire appears to have blocked out the criticism, however, making no reference to it in a tweet this morning’.

Pretty sure he hasn’t ‘blocked out the criticism’ but he is not stupid enough to bite on Twitter and bring on the many, many idiots that weren’t at Wembley on Tuesday night.

The Mirror have decided from those six words alone that the England man was being ‘sarcastic’. Quite how or why they have decided that from six words is unclear.

‘Harry Maguire breaks silence on England boos at Wembley with sarcastic response’ is their headline, because he used a heart emoji and an England flag, which must be the international signs for sarcasm. Of all the people who should know this, we should be at the head of that particular queue and yet, we just thought it was a heart and an England flag because he genuinely likes playing for England when they are winning games.

‘And now Maguire has broken his silence on the boos his name was met with. The United skipper tweeted out a sarcastic message, that appeared to hit back at those who had jeered him, with the official England account retweeting him.’

He ‘hit back at those who jeered him’ by saying ‘enjoyable week playing for my country’? However will they recover from that particular burn?

Over at MailOnline, they have rolled out the capitals but at least they are not pretending that Maguire has sarcastically ‘hit back’ at anybody at all.

‘Booing fans are an EMBARRASSMENT!’: England team-mates rally around Harry Maguire after he was booed at Wembley, as the Man United star IGNORES the jeers with a post on Twitter – after Harry Kane joined the calls for supporters to stop’

Exactly. He ignored (sorry, IGNORED) them. Which was exactly the right thing to do.

Risk factor
But elsewhere on the MailOnline, there has been a collective loss of perspective…

‘SAMI MOKBEL: Harry Maguire might struggle to get over being booed by England fans during their win over Ivory Coast… the Manchester United captain has eight months to silence his critics with his World Cup place at risk’

Sorry but is it balls. There is no chance his World Cup place is at risk from anything other than injury.

And for a man who ‘might struggle to get over being booed by England fans’, he was very good for literally the next 90 minutes.

Mokbel himself never explicitly writes that Maguire’s World Cup place is at risk but he does open the door to the idea.

‘He’s been one of the brightest lights of Southgate’s successful six year reign; it’s only correct he shows one of his most trusted foot soldiers a level of loyalty.

‘But quite how loyal Southgate can continue to be if Maguire’s club form doesn’t improve in the lead up to the World Cup is another question.’

It’s a question that will lead to Southgate including Maguire in his starting line-up unless he lets him down for England. By this stage of his England career, Maguire’s Manchester United form is largely irrelevant.

‘Equally, however, Southgate should be preparing for the unthinkable. The emergence of Marc Guehi at Crystal Palace, who by all accounts has deeply impressed Southgate on his first international call up, provides Southgate with an intriguing option.

But he is not ‘troubled’ in an England shirt. And the idea that Maguire will be replaced by Tomori – not even in this England squad – is ludicrous.

As Southgate himself said this week: “He got us to a World Cup semi‑final and the European Championship final so there’s no doubt he’s more than capable of playing at the highest level.”

Does that sound like his World Cup place is at risk? If anything, England fans booing Maguire will strengthen Southgate’s resolve to stick with a player who has been at the heart of England’s largely brilliant form.

‘THEY came to boo Wilf Zaha. Instead, England fans turned on one of their own. Harry Maguire – the bloke who featured in the Euro 2020 team of the tournament.’

Race day
Phil McNulty writes on the BBC website that Harry Maguire ‘is not the first England player to be turned on by his own fans, John Barnes being a well-chronicled target in the past’.

Hell’s Bells
Why do some football writers wear their ignorance like a badge of honour? This is Andy Dunn in the Daily Mirror, writing about Jude Bellingham:

‘WHEN Gareth Southgate was discussing the progress of Jude Bellingham recently, he listed the number of positions that the teenager had played in this season.

‘Apparently, Borussia Dortmund have even used him as part of a double pivot, whatever that is.’

Really? Even if you don’t know the phrase ‘double pivot’ it takes about seven seconds to work out what it means.