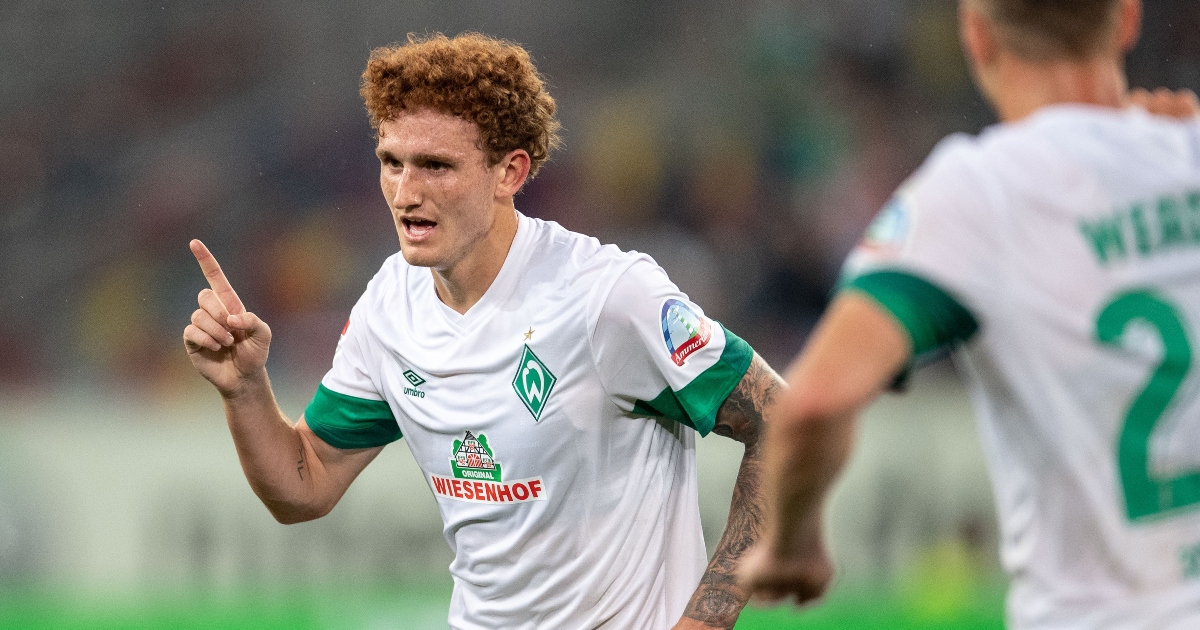 Norwich City have confirmed the signing of USA international Josh Sargent from Werder Bremen for an undisclosed fee.

Sargent has put pen-to-paper on a four-year deal at Carrow Road.

The attacker impressed for Werder in a disappointing campaign for the German club in 2020/21.

They were relegated from the Bundesliga after a terrible run of form towards the end of last season.

The American scored five goals and provided two assists and was one of few decent performers for Die Werderaner as they suffered relegation for the first time in over 40 years.

In 2017 Sargent featured in both the FIFA Under-17 and Under-20 World Cup, and scored on his senior debut for the national team a year later.

Speaking to the club’s official website, he said: “I’ve always wanted to play in the Premier League, so it’s a very exciting opportunity for me.

“I heard it’s a good group of guys and I talked with the head coach already and I really like what they’re trying to do here.

“I like to think my main position is a number nine, but I am also very versatile. No matter where I play, everyone can expect that I will give my all, my 100 per cent and hopefully score some goals.”

Canaries boss Daniel Farke said: “We’re really happy to have Josh with us. He’s at a young age with lots of potential. There was a lot of interest in him, so we must pay many compliments to Stuart Webber for getting this deal done.

“Josh has a lot of experience in the top level in the Bundesliga in Germany and has been there with many goals and assists. He has also scored goals for his national team.

“He’s a very good striking option for us but is someone who can also play on the wing. He has pace and is also good with his head. We know he is always there with a big workload and has a fantastic character.

“We know we have to be a bit more creative in the transfer market. We think we have a player in Josh who can contribute and develop into a top goalscorer on Premier League level. We see his potential and are delighted to have him with us.”

The 21-year-old will link up with his former Bremen teammate Milot Rashica, who made the move to Carrow Road in June.