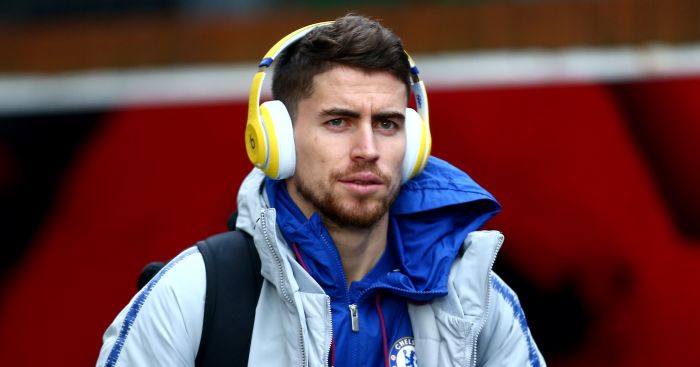 Jorginho has been backed to overcome his detractors at Chelsea by Blues boss Maurizio Sarri.

The Italy playmaker followed Sarri from Napoli to Stamford Bridge last summer in a £57million move. He is a key component of the possession-based ‘Sarri-ball’ philosophy which has been turgid at times this season.

Jorginho was booed by Chelsea fans when going on as a substitute in the recent win over Malmo and missed a penalty in the Carabao Cup final shootout loss to Manchester City.

The midfielder himself responded to criticism earlier this week, but Sarri also expects the 27-year-old to improve as the team learn “our way of football”.

“So I can believe that he has no problem to play under pressure. I think that he played very well in the last match (against Tottenham), better in the second half than in the first half.

“For him, it’s very important to finish the match in that way.

“I think that he can do better. But he needs all the team to understand very well our way of football.”