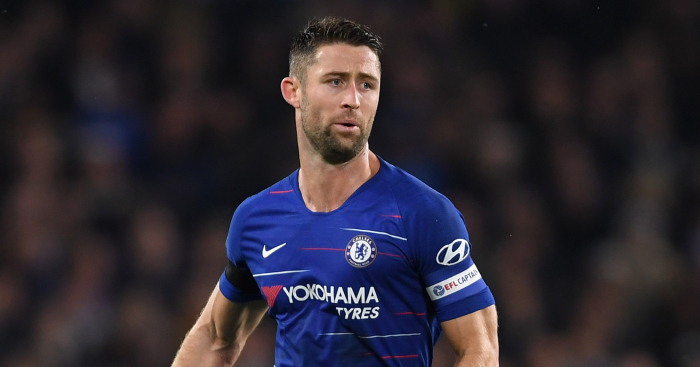 Cahill has previously admitted he could have to leave Chelsea for regular first-team football, but manager Sarri has endorsed his Blues future by reappointing him as skipper.

Sarri had refrained from making a firm decision on the captaincy after replacing Antonio Conte as Chelsea boss in the summer, but revealed he canvassed his squad’s opinion in landing on Cahill as official skipper.

Eden Hazard will be fit enough to play some part in Sunday’s Premier League clash with Crystal Palace, with the Blues still getting to grips with Cahill’s renewed captaincy.

“The captain is Cahill, and if he’s not on the pitch it’s (Cesar) Azpilicueta,” said Sarri.

“Our captain is Cahill because Cahill was the captain last season and I have spoken with his mates, and everybody told me that he was really a very good captain.”

Asked whether appointing Cahill as skipper means he will definitely stay at Chelsea at least until the end of the season, Sarri said: “I don’t know. It depends on him, I think.

“He played very often in the last seven, eight matches. It depends on him, on the club I think, but for me Cahill is very important on the pitch but also off the pitch.”