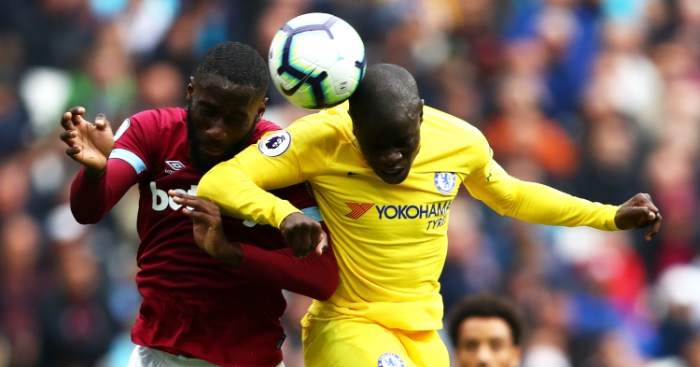 For many managers, the individual is more important than the system. They have one player they mould the rest of the team around, one star the team must orbit. Maurizio Sarri takes the opposite approach, but the Italian would admit that he has made two exceptions to his rule at Chelsea.

His aim is to build a machine with interchangeable cogs, where any replacement must reprise the same role as their predecessor. But there is no substitute for Jorginho or Eden Hazard. Sarri insisted on packing his Neapolitan comfort blanket when travelling to west London, while Hazard is the sort of unique talent deserving of preferential treatment. Neither are quite untouchable, but both are on pedestals much higher than those of their teammates.

It leaves the rest of this title-winning squad jostling for positions, those formerly vital to success relegated to replaceable composite parts. A club where players have long been deemed too powerful are no longer able to exert that same influence.

If this is uncomfortable and unfamiliar territory for many at Stamford Bridge, that has become rather too literal in the case of N’Golo Kante. The perfect defensive midfielder is a flawed attacking player to say the least. And while the stalemate at West Ham has brought to an end Chelsea’s winning run, it has surely loosened the Frenchman’s previously iron grip on a starting role.

For 90 minutes at the London Stadium, Kante toiled as he so often does. But it was uncharacteristically without purpose, a ball-chasing midfielder reduced to bystander in a ball-dominating team. His passing is not as crisp or incisive as that of Jorginho or Mateo Kovacic, nor as reliable.

That would not be a problem in isolation, but he failed to make a single tackle, and completed just one interception. Removing Kante from a defensive role has turned him into an ordinary player and, in turn, a replaceable one. The cogs will keep turning without him.

Kante surely knows it. His second-half booking for a foul on Felipe Anderson came moments after he was robbed of possession by Pedro Obiang, an example of frustration as rare as a monk suffering from road rage.

It is no real fault of Kante’s. No player had more shots on Sunday, yet all three were off target. Two chances from headers went to waste, while one opportunity when played through was blazed over the bar in the last ten minutes, when Chelsea would have preferred any other player in the same position. Yet it was Kante who found himself in the right spot on all three occasions, making the wrong choice each time. Or, rather, making the choice a defensive midfielder would.

The message is getting through; it just feels as though it has been delivered to the wrong man. Sarri deserves credit for trying to teach his new dog new tricks, but it has only resulted in this champion breed being neutered.

Kante has already had 28% of the shots he managed in the Premier League last season, and is creating the equivalent of a chance per game. But he is a marathon man being asked to compete in the 100m hurdles. Ruben Loftus-Cheek and Ross Barkley are left checking their running spikes and scratching their heads. The latter looked a far greater threat in 12 minutes than his teammate did in 90.

With Cesc Fabregas still to return too, Kante is suddenly in a precarious position. He might have been afforded more time at any other club, but not one with perhaps the deepest and most impressive midfield pool in the entire league.

“It’s a new manager, a new system,” said Kante last month. “I play a little bit more forward. I try to find the striker, to be more offensive, to cause problems for the opponents.”

Six games into the new season, and the Frenchman is causing more problems for Chelsea than any other side. The best and most consistent midfielder over the past three Premier League seasons is now more Clark Kent than Superman.