Home All The News Sarri: I want to win for Chelsea, not for me 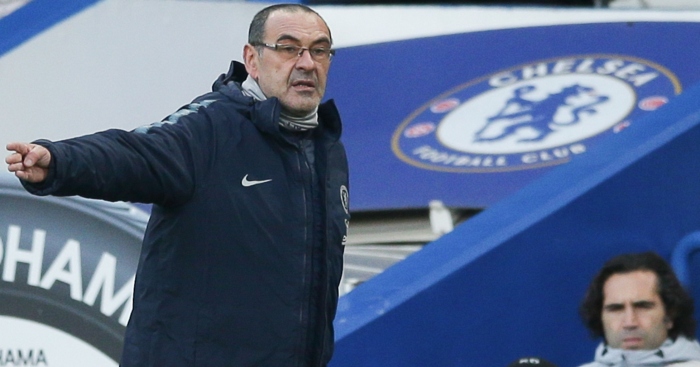 Chelsea head coach Maurizio Sarri is considering making changes to his team for the Europa League meeting with Dynamo Kiev due to tiredness in his squad.

The Blues face the Ukrainian side in the first leg of a last-16 tie at Stamford Bridge on Thursday night but Sarri has concerns over fatigue.

Sarri said: “We have no injury. Of course we have some players tired because the last week was very hard for us. We need to consider the situation and to rest some players, I think.”

Sarri had faced speculation about his long-term future at the club following a run of poor results but he has been boosted by back-to-back wins against Tottenham and Fulham in the Premier League.

Asked about his position, the Italian said: “It’s not a big problem, the problem is the results. All the rest is not important in this moment.

“I want to win for the club, not for me. I was confident in the past, I am confident now. But I want to think only about our performances.”