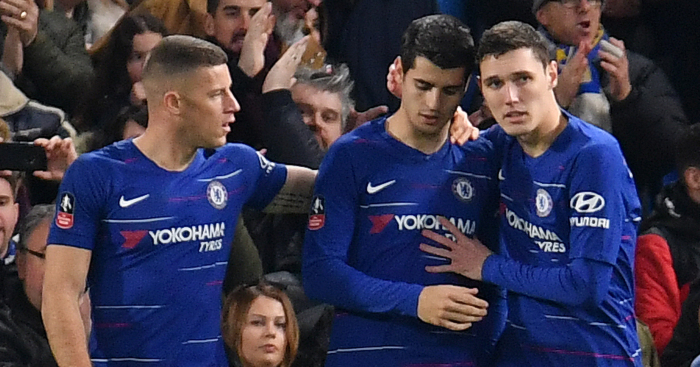 Christensen was an unused substitute – as he has been for 14 of 23 Premier League games this season – in the defeat to Gunners on Saturday.

Sarri, who laid into his squad after the game, introduced Ross Barkley (as he tends to), Olivier Giroud and Callum Hudson-Odoi from the bench at the Emirates Stadium, with Christensen left to make idle conversation with Emerson Palmieri and Ethan Ampadu.

But upon Sarri’s third substitution, Hudson-Odoi replacing Pedro, Christensen headed to the dressing room ‘and did not return even though there were 15 minutes including injury time left to play’.

The Times adds that the Denmark international ‘is understood to have told his fellow substitutes that he was going to the toilet’, but his failure to come back has ‘angered’ Sarri.

The head coach ‘is unimpressed by’ Christensen’s ‘lack of professionalism,’ and ‘it is unclear whether he received permission from Sarri or his coaching staff to leave the bench’.

The centre-half has featured just 12 times all season, with six of those appearances coming in the Europa League, four in the League Cup and one in the FA Cup. His only Premier League game this campaign was the 2-1 defeat to Wolves in December.

Matt Hughes suggests that such rare opportunities have led to a ‘wider frustration at the way his career has stalled’, with AC Milan and Barcelona both linked. But the 22-year-old’s contract expires in 2022, so Chelsea ‘would demand a large fee’.