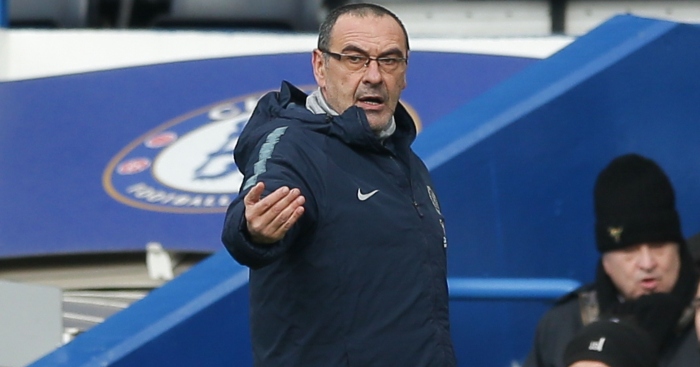 Maurizio Sarri hopes it doesn’t take another defeat to provoke the level of performance Chelsea showed against Huddersfield.

The Blues boss was critical of his side in the wake of the 4-0 defeat at Bournemouth in midweek and the players responded in the right manner by beating Town 5-0 at Stamford Bridge.

Sarri was happy with the reaction but the manager warned his players that he expects consistency.

“I think we started very well in the first 25 minutes and then today we played for the whole 90 minutes,” he told the BBC. “But we need consistency.

“Today is all positive, we played a full 90 minutes, defended very well, so it was a very good match but we need consistency now, we have to continue to play with the same mentality in all the matches.

“I hope in the future we will not need a lost match to find the right mentality.”

Gonzalo Higuain scored his first goals in a Chelsea shirt, with the Argentina star and Eden Hazard each netting a brace.

“Higuain is improving,” added Sarri. “He wasn’t physically at the top when he arrived, because he had a back problem and wasn’t involved, so only played a few matches. He is a great player, he is suitable to play with Eden.

“Our best moment in this match was the first 25 minutes the way we moved with the ball was very fast dangerous.”