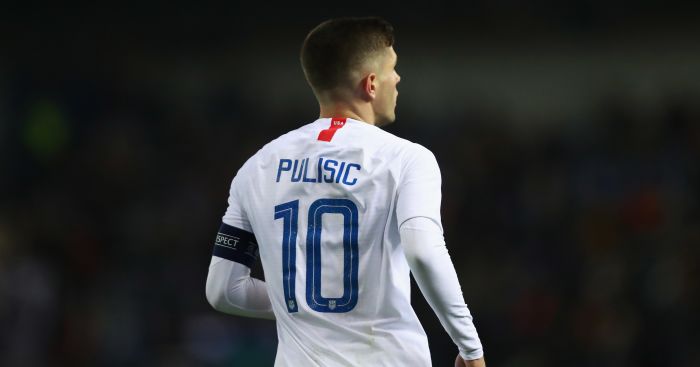 Maurizio Sarri claims he “didn’t know anything” about Chelsea’s deal for Christian Pulisic until he signed on Wednesday.

The United States international will remain at Borussia Dortmund on loan for the remainder of the season before completing his move to Stamford Bridge in the summer.

Chelsea will pay £57.7million for Pulisic, who has scored three goals in all competitions so far this campaign.

His contract with Dortmund was due to expire in 18 months and the 20-year-old has always had ambitions of playing in England.

When asked about the Pulisic signing, following the Blues’ 0-0 draw with Southampton, Sarri replied: “I don’t know. I didn’t know anything about Pulisic yesterday.

“The club asked my opinion about him about one month ago. My opinion was positive. Today I have known that the deal is done but I didn’t know anything.”

Pulisic will become Chelsea’s third most-expensive signing in their history after the £71million deal for goalkeeper Kepa Arrizabalaga and £60million they spent on striker Alvaro Morata.

“It’s a privilege to have signed for such a legendary club and I look forward to working hard towards being a contributor to their team of world class players,” said Pulisic after the deal was announced.