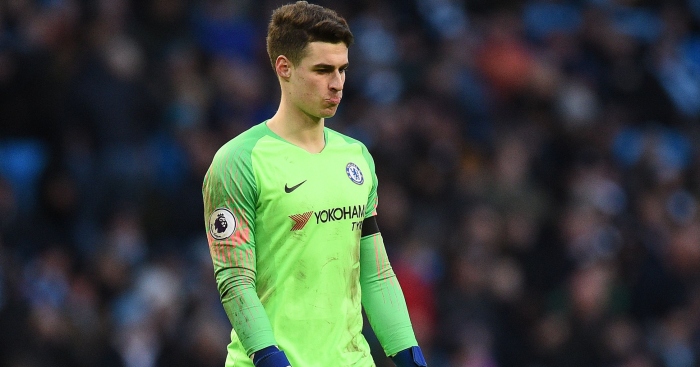 Maurizio Sarri seemed to hint that goalkeeper Kepa could be left on the bench for Chelsea’s match against Tottenham on Wednesday.

Kepa refused to be go off against Manchester City in the League Cup final on Sunday and was fined one week’s wages on Monday for the incident which angered Sarri.

“I need to send a message to my group, whether Kepa is on the pitch or off it,” Sarri told reporters, when asked if Kepa would start against Spurs.

“I have to decide what is better for my group.

The 60-year-old added: “I spoke with the goalkeeper, with Kepa, of course. Then we spoke altogether, because he said sorry to the technical staff, but it was not enough.

“Then he said sorry to his team-mates, to the club. I think he made a big mistake, but we need to be taller. We don’t want to kill him. So there is a position from the club.”

Sarri initially interrupted questions on Kepa, insisting not everyone was interested, saying: “Everybody? No. In my family, no.”

Sarri does not believe the incident undermined his authority.

He added: “No, because after yesterday for me the situation is finished. He is a young player, he made a mistake, but stop.

“I am sure he understood he made a really big mistake. For me it’s finished.”