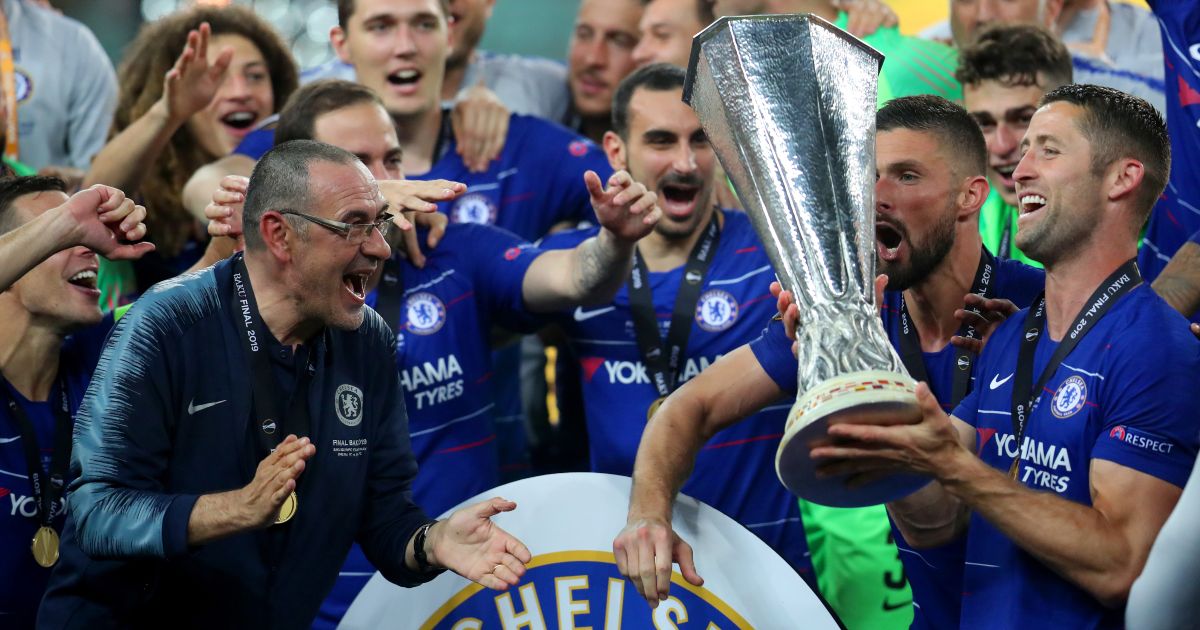 Maurizio Sarri says he “made a sensational mistake” by leaving Chelsea so soon with the likes of Timo Werner, Kai Havertz, Mason Mount and Hakim Ziyech all suiting his management style.

However, he left the Blues in June 2019 to “be nearer his family” in Italy and took the job at Serie A giants Juventus.

And Sarri has revealed how Chelsea director Marina Granovskaia wanted him to stay and admits that he now regrets leaving in such a rush.

“At Chelsea I made a sensational mistake, that of wanting to return to Italy at all costs,” Sarri told AlfredoPedulla.com.

“Marina stonewalled me to leave Chelsea, I had this desire to return to Italy. Chelsea are a great club, in the following years they have taken many young people suitable for me.

“I experienced a particular year, in which [Roman] Abramovich could not enter England and we had an owner who was not present in the area.

“A rather difficult situation, all in the hands of Marina and she had a thousand problems to solve, the football aspect was in the hands of us of the staff, not having the economic power available.

“Then came Werner, Havertz, Mount, Ziyech: all suited to me and my way of playing.”

Sarri had led Juventus to the Serie A title in his first season at the club but an away goals exit to Lyon in the Champions League saw him sacked last September.

Juve could only manage a fourth-placed finish under new boss Andrea Pirlo, who was fired at the end of this season, with Massimiliano Allegri rejoining the club after a two-year break.

On being replaced by Pirlo at Juventus, Sarri added: “This is the Guardiola effect that did so much damage in the end. An exception was taken as if it were a rule and you run the risk of burning some guys who would be great coaches after a few years.

“Sometimes there is a risk of hindering the careers of young people who could become very good with a little more experience.”