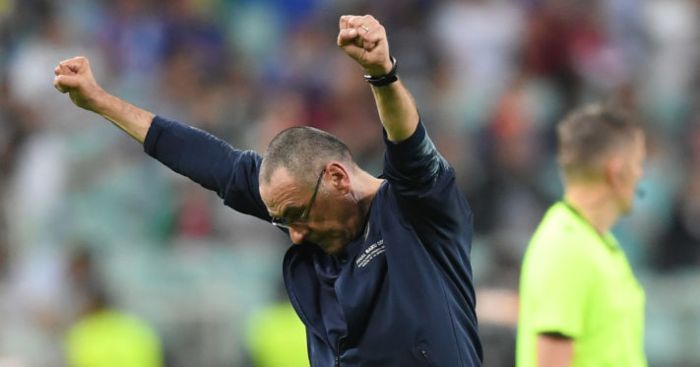 Maurizio Sarri has asked Lazio to make Chelsea midfielder Ruben Loftus-Cheek his first signing, according to reports in Italy.

The 25-year-old has just spent the season on loan at Fulham and made 31 Premier League appearances for the Cottagers, scoring once.

Loftus-Cheek enjoyed his best Chelsea spell so far in Sarri’s only season at Stamford Bridge and the Italian claimed in 2019 that the midfielder ‘can be one of Europe’s best players’.

Sarri is expected to be named as Lazio’s new manager this week and has asked the club’s owner, Claudio Lotito, to bring in Loftus-Cheek immediately.

Speaking earlier this year, Loftus-Cheek said that Sarri was the most influential manager in his career so far.

“At the start, I wasn’t playing. He told me why and said if I want to play, I have to do this and that gave me something to work towards and eventually I started to do what he asked and I played.”

An ACL injury hampered his development as he missed almost a year of action. The midfielder only managed to make seven league appearances for Chelsea in the 2019/20 season before joining Fulham on loan.

Since Sarri’s departure, Loftus-Cheek has struggled to get back into the Chelsea side, but he has claimed that he sees his future in west London.

Speaking at the start of the season, the 25-year-old said: “I was the one who initiated it [the loan]. I felt like it was paramount that I played a lot of football this season.

“With the strength in depth at Chelsea and how I was feeling, I was not sure being out for so long that when I had the opportunity that I could play fantastically and hold down a place in the starting XI.

“I was not 100 per cent I could do that, because I need to build my confidence back up. That was basically the theme of the chat. The gaffer agreed on that and things went on from there.”