Home All The News Saul: ‘Mad’ Liverpool and their ‘hunting dogs’ are ‘not normal’ 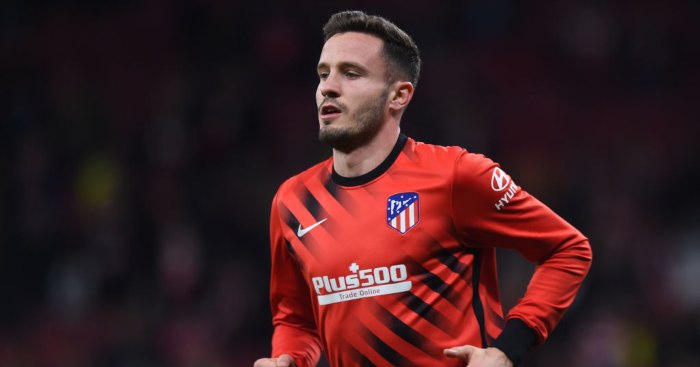 Liverpool face Atletico Madrid on Tuesday at the Wanda Metropolitano Stadium in the first leg of their Champions League last-16 tie.

The Reds are romping towards the Premier League title with a 25-point lead over second-placed Manchester City, while Atletico are fourth in La Liga and 13 points off the summit.

And Saul was full of praise for Liverpool, including praise of their pressing and unorthodox approach.

Saul told the Guardian: “They have those perros de presa [hunting dogs] in the middle who run, press. It’s not just running for the sake of running: they do things that aren’t normal and it looks disordered but it’s ordered, mechanised.

“One comes out here and you think: ‘That’s mad, why’s he there?’

“But the other man knows and comes from here. Klopp said they play with their heart, but it’s planned too. One breaks out to press, wild, but they follow. It’s very hard to escape when they come at you like that.

“It’s incredible: they press like animals, because they know that even if they get turned there will be seven of them running like mad to get back.

“Liverpool are very complete, a great team in every area [but] they find it hardest when you’re deep because they’re very, very, very good in transition.

“I watched them against Norwich and if it wasn’t for Mané’s extraordinary control, they don’t win. They’ve won lots of games they could have drawn or lost, which tells you something about what they have inside.

“It’s not luck. It’s work, sacrifice, not giving up a single ball for lost.”