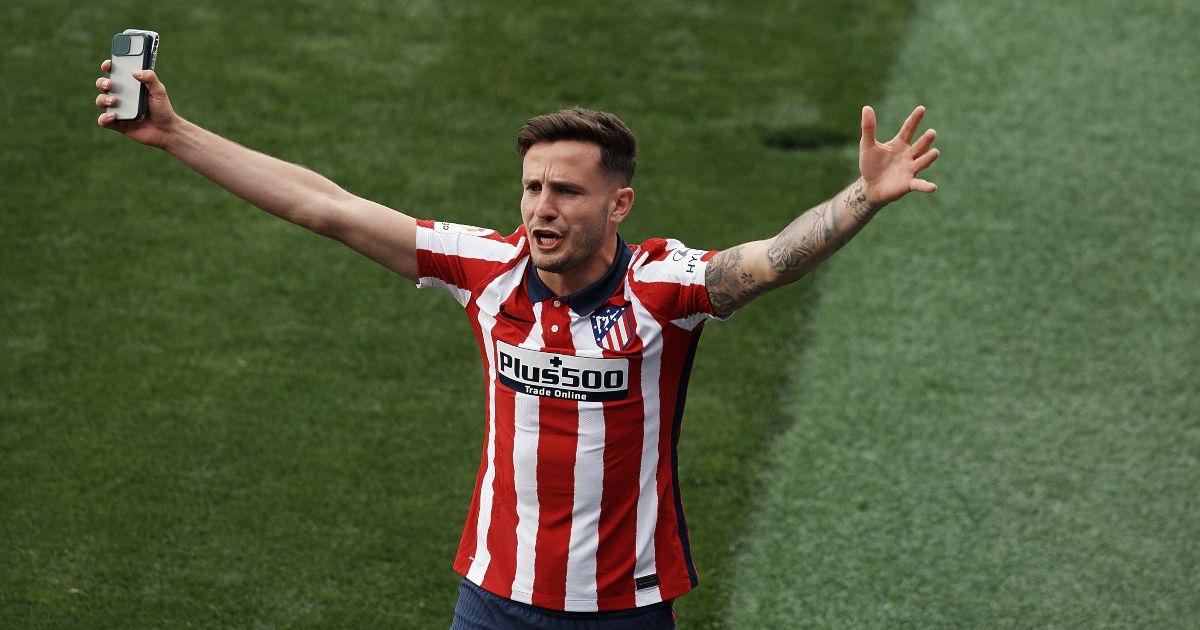 Chelsea are all set to reveal Saul Niguez as their latest summer signing after they agreed a deal with Atletico Madrid, according to reports.

The Blues and several other clubs have been linked with a move for Saul over the summer transfer window, especially Chelsea’s rivals Manchester United.

However, their interest in Saul reportedly waned recently with Chelsea the new frontrunners for the Spaniard’s signature.

Reports in Spain had claimed that Barcelona forward Antoine Griezmann could hold the key to any possible deal for Saul, with Sky Sports reporter Kaveh Solhekol claiming that Niguez would only move if Griezmann returned to Atletico.

Solhekol said: “Reports in Spain are saying that Atletico are trying to get Antoine Griezmann back from Barcelona and if they do that, then maybe they would give the green light for Niguez to go to Chelsea. One to watch out for.”

However, the reliable transfer expert Fabrizio Romano has now confirmed that Chelsea have reached an agreement with Atletico over Saul.

Romano claims an deal has been ‘reached for €5m loan from Atletico Madrid’ and that personal terms have also been agreed.

Saul will arrive in London ‘soon’ to put pen to paper on the deal before Chelsea will announce the ‘final details’ of the transfer. Romano adds: ‘Difficult deal but finally set to be completed.’

Saúl to Chelsea, HERE WE GO! Agreement reached for €5m loan from Atletico Madrid. Personal terms agreed. Saúl will be in London soon to sign the contract. 🔵🤝 #CFC #DeadlineDay

Final details and the deal will be announced. Difficult deal but finally set to be completed. pic.twitter.com/3Jq5e3JwXE

Meanwhile, Jorginho has hailed his Chelsea team-mates for overcoming a “big challenge” at Anfield and avoiding defeat at Liverpool in their 1-1 draw on Saturday.

On their draw with ten men, Jorginho told the official website: “It was very tough out there,’ said the midfielder.

“When you are a man down at 1-1 for over 45 minutes and with the atmosphere at Liverpool, it is very hard not to concede. It’s a big challenge and we did it, so it was a big team effort.

“We are proud of what we did because we showed that we know that we can suffer sometimes and we can fight. It was nice to see everyone fighting and running and helping each other as a team properly, so I think the draw was fair and we can be happy with it.