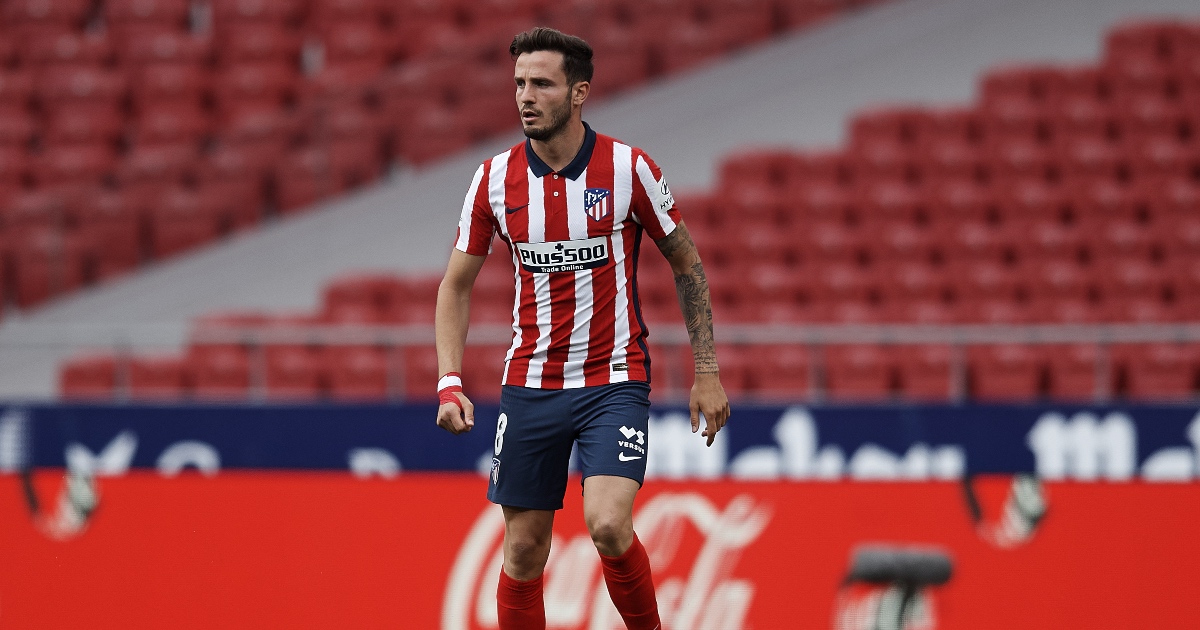 Atletico boss Diego Simeone says he would give Saul Niguez a ‘big hug’ if the midfielder opted to leave this summer.

The Spain international, 26, is the subject of transfer talks between Atletico and Barcelona.

He could move to Catalonia while Antoine Griezmann goes in the other direction, to help Barca reduce their wage bill.

Another potential destination for Saul is Old Trafford. A Man Utd move is ‘pending’ as they wait on a decision from Paul Pogba on his future.

He said: “We cannot put aside what is rumoured and talked about.

“If he has to leave, [I’ll] give him a big hug, wish him the best with the boys who gave us life and to continue being friends, as always. Either to Barcelona or elsewhere.”

The manager suggested that Saul wants to play a more prominent role, wherever he ends up.

Saul has made over 300 appearances for Atletico and scored 43 goals since making his first-team debut in March 2012.

In July 2017, he signed a huge nine-year contract and said ‘there is no better place to be’.

But a move away from Atletico now looks more likely than ever.

Liverpool are also pursuing a deal for Saul.

Reports earlier on Wednesday suggested they were willing to include Jordan Henderson in the transfer negotiations.

The England midfielder could be allowed to leave Anfield as contract talks have surprisingly not progressed.

Neither party wants a repeat of the Gini Wijnaldum situation, meaning Henderson would rather be sold this year than leave on a free next summer.