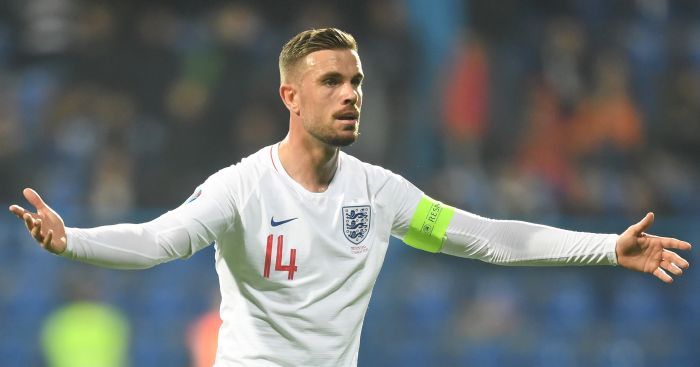 Stefan Savic has accused England and Liverpool midfielder Jordan Henderson of “sarcastically” telling a Montenegro player he would swap his shirt with him.

Gareth Southgate’s side ran out comfortable 5-1 winners over Montenegro on Monday night thanks to two goals from Ross Barkley and one each for Michael Keane, Harry Kane and Raheem Sterling.

However, Savic has claimed he was upset by an “ugly and disrespectful” incident involving Henderson in Podgorica.

“We all know they are a much bigger team than us but sometimes I feel very bad to be playing the same sport as some players,” Savic said.

“Jordan Henderson, for example, sarcastically told our player after one normal clash he would give him a jersey after the match.

“It is ugly and disrespectful. I told him he was good enough not to act like that.

“We are proud and I’d rather play with this team and concede five goals and not with some arrogant players from England.”