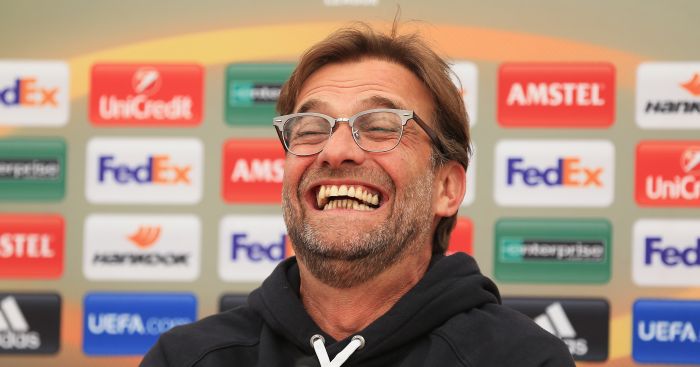 Schalke sporting director Christian Heidel has joked that he will tempt Jurgen Klopp to strike an early deal for Naby Keita this month.

Keita will join Liverpool in the summer after the Reds paid his £48million release clause in August, as well as an £8m premium.

Reports suggest they could pay a further £17m to sign the midfielder early this month in an attempt to replace Philippe Coutinho.

And Schalke director Heidel has made light of the situation, saying he will try and facilitate any potential deal.

“I’m going to ring Kloppo again now and tell him that he should go to Leipzig quickly and has to pick him up,” he told Sky Germany.

Schalke visit Keita’s RB Leipzig on Saturday, hoping to strengthen their grip on second place in the Bundesliga.

Heidel has also recently discussed the future of Schalke midfielder Leon Goretzka. Linked with Liverpool. But of course.

Naby Keita decides to sit out this morning's training at Leipzig. His future further subjected to speculation across Germany #RBL #LFC pic.twitter.com/9soVfagGuN