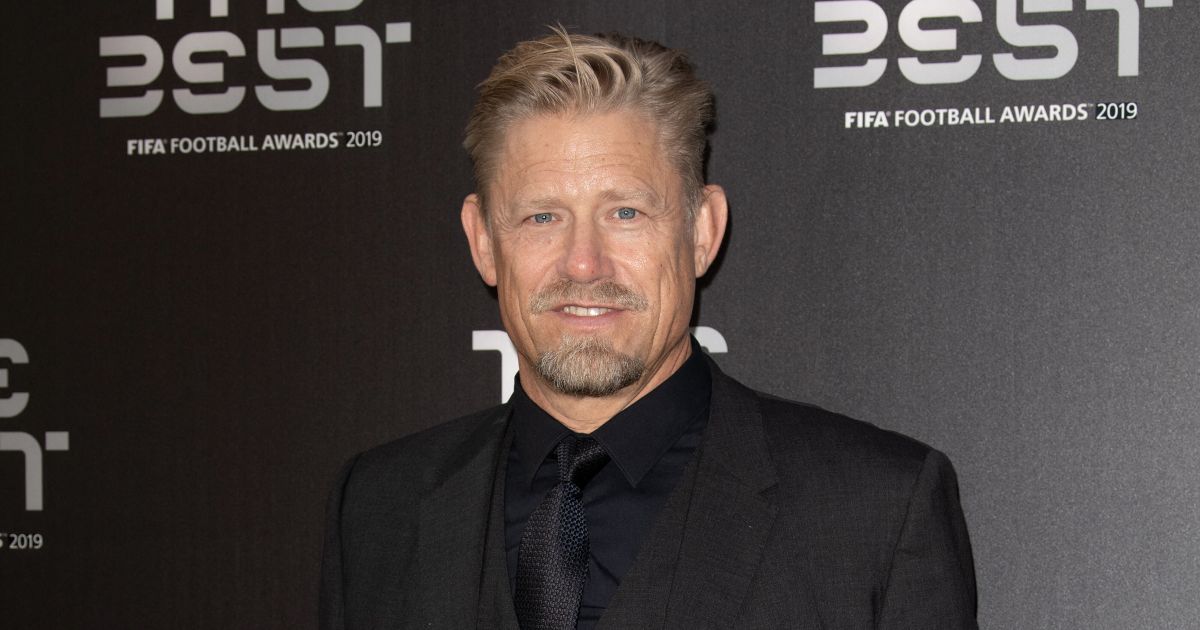 Peter Schmeichel thinks Jadon Sancho could take “three years” to reach his potential at Man Utd while he has encouraged the England international to look to Cristiano Ronaldo for inspiration.

Sancho finally joined the Red Devils for £73m in the summer transfer window following a year or two of courting the 21-year-old.

He scored 37 goals and provided 41 assists in his three seasons in the first team at Borussia Dortmund but he hasn’t started in the same vein for United.

So far Sancho has failed to provide a goal or an assist for Man Utd after ten matches in all competitions this campaign.

But Schmeichel thinks Sancho will learn from Ronaldo and improve over the next two to three years to become a big player for Man Utd.

Schmeichel told the Seaman Says podcast: “You’re a young player in that squad, somebody like Jadon Sancho for instance. It’s a big, big, big price tag for him and it feels a bit heavy for him at the moment.

“That might take him two, three years to catch on to that but that then gives him maybe ten, 12 years after that.

“This is what Ronaldo gives. I was celebrating when I heard he was returning, running around like crazy in my garden even though I can’t run. But I did.”

Despite some criticism that Ronaldo – who has scored five goals this season – will prove to be a poor signing for Man Utd, Schmeichel reckons he will add something “something different” to their dressing room like Eric Cantona did in his time at Old Trafford.

Schmeichel added: “This is what he brings. He is 36, getting to 37 now, but he looks chiselled and we saw that when he scored that late goal in Europe the other week.

“He is fantastically fit and the reason he is is because he takes his football so seriously. He eats, sleeps, drinks and trains football, his whole life is about that.

“I remember when Eric came, he infused something different into our dressing room or into the whole character of the club because he was different, he did things in a different way.

“Before you knew it, some of the younger players were starting to do that and they were still developing. The Nevilles, Scholes and Nicky Butt, they looked at Eric and started to do some of his things.

“With [United coach] Eric Harrison they had a great footballing education and they were maybe 97 per cent ready to go out there.

“Those three per cent, the last bit, came from Eric and that made them just a tiny bit different to other players they were up against in their positions. It is the same with Cristiano.”