Home All The News Schmeichel: Ederson could cost title to Man U or Chelsea 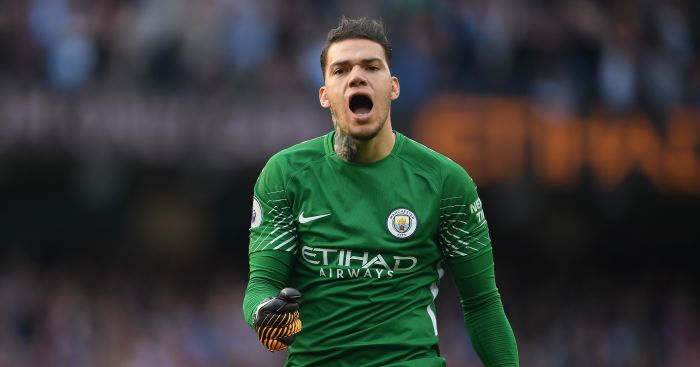 Peter Schmeichel thinks Manchester United and Chelsea have a big advantage over Manchester City in the race for the Premier League title.

The Citizens currently sit top of the standings with a two point lead over neighbours United, five points more than third-placed Spurs and a huge nine-point lead over Arsenal, Chelsea and Liverpool.

Pep Guardiola brought in Ederson for £35million from Benfica after a season to forget for Claudio Bravo in 2016-17.

The Brazilian has started the campaign in good form but Schmeichel insists that David de Gea and Thibaut Courtois give City’s rivals “an edge” with Ederson still unproven.

“You need your goalkeeper to save between 12-15 points to win the Premier League,” Schmeichel told TalkSport.

“We know De Gea can do that, he’s done more than that. We know with Courtois, he can do that.

“What we don’t know is with Ederson, can he do that? He’s had a really good start but we are only in October.

“In that respect, I think that Chelsea and Manchester United have a little bit of an edge.”