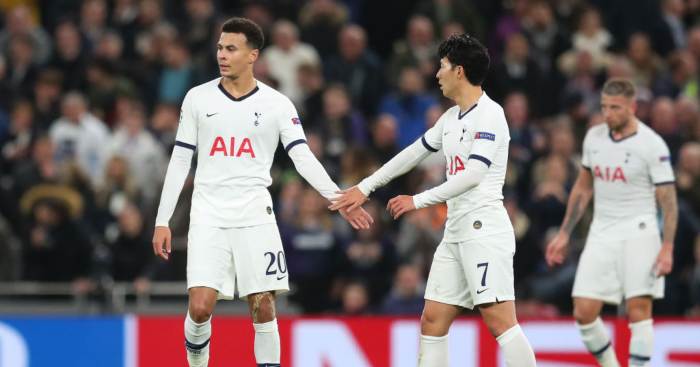 Son, who has nine goals and eight assists from 19 appearances in all competitions so far this season, was lively again on Wednesday night despite his side suffering a 2-1 defeat away to United.

The South Korean international has continued to grow in importance since his move to North London in 2015 to become a key part of his team and, speaking on Amazon Prime‘s coverage of Wednesday’s clash, Schmeichel expressed his admiration for the attacker.

“I would love to see him [at Old Trafford],” the pundit said. “Yeah, I know [there’s quite a few players I would have from Spurs].

“He is an incredible player. It really is difficult to understand how good he is.”

Schmeichel was also asked where Tottenham boss Jose Mourinho went wrong after seeing the Portuguese lose his first game following three wins from three after taking over at the helm.

He said: “Hindsight is such a great thing. I think if Jose looks back at this game, he’ll have regrets over the way he lined up today.

“We started out thinking ‘ooh, this is so anti-Jose’. I expected him to come in and park the bus and see what happens.

“Then, he goes out and plays attacking players, [Lucas] Moura, Alli, Son, [Harry] Kane, even [Moussa] Sissoko and we thought they were going to come in and attack.

“But they didn’t, they came out and sat back. I think that was part of the tactic.

“With how the second half unfolded, with [Tanguy] Ndombele coming on, he did really well. I think he would have started with him today.”