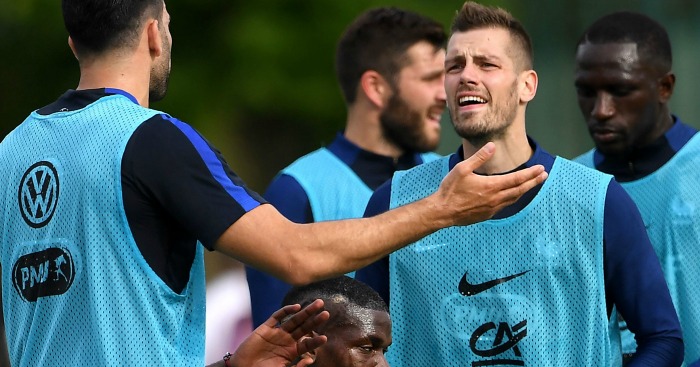 Manchester United midfielder Morgan Schneiderlin has been called into the France squad for Euro 2016 after Lassana Diarra was ruled out by injury.

The Marseille man has a problem with his left knee, it was announced on the France team’s official Twitter account.

The hosts, the favourites to win the tournament, have already been forced to call Sevilla’s Adil Rami and Samuel Umtiti of Lyon into the squad after injury ruled out Real Madrid’s Raphael Varane and Barcelona’s Jeremy Mathieu.

Didier Deschamps’ side start their campaign against Group A rivals Romania on June 10.