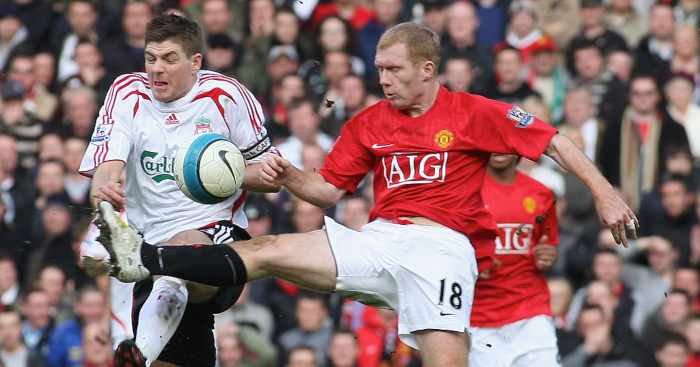 The 20-time league champions enter the weekend two points off the relegation zone and 15 points behind Jurgen Klopp’s visitors, who are going for a record-equalling 18th successive top-flight win.

The rivals could hardly be in more contrasting states, with Solskjaer’s side desperate to kick-start their ailing season, but Scholes thinks United could spring a surprise.

When asked if he could see the Red Devils hurting Liverpool, Scholes told Radio Five Live: “Yeah I can.

“I know it’s difficult to see where United‘s goals are coming from. It’ll probably have to be a bit of individual brilliance because the creativity of the team isn’t really there, especially without (Paul) Pogba playing.

“United were really struggling at the time with injuries, very much as they are this year. After maybe half an hour they had to make the three subs, and Liverpool were really poor on the day.

“We know they (Liverpool) are a good team, we know what quality they’ve got, but they’ve still got to come to Old Trafford and prove they can win a game there.”

Meanwhile, Steven Gerrard is supremely confident that Liverpool will beat United in their own backyard at the weekend.

“They’ve played eight and won eight. The front three are in fantastic form, they’re not conceding many goals, they’re European champions. Do you want any other reasons why I think Liverpool are going to beat Man United?

“Did you think I was going to say anything different?!”