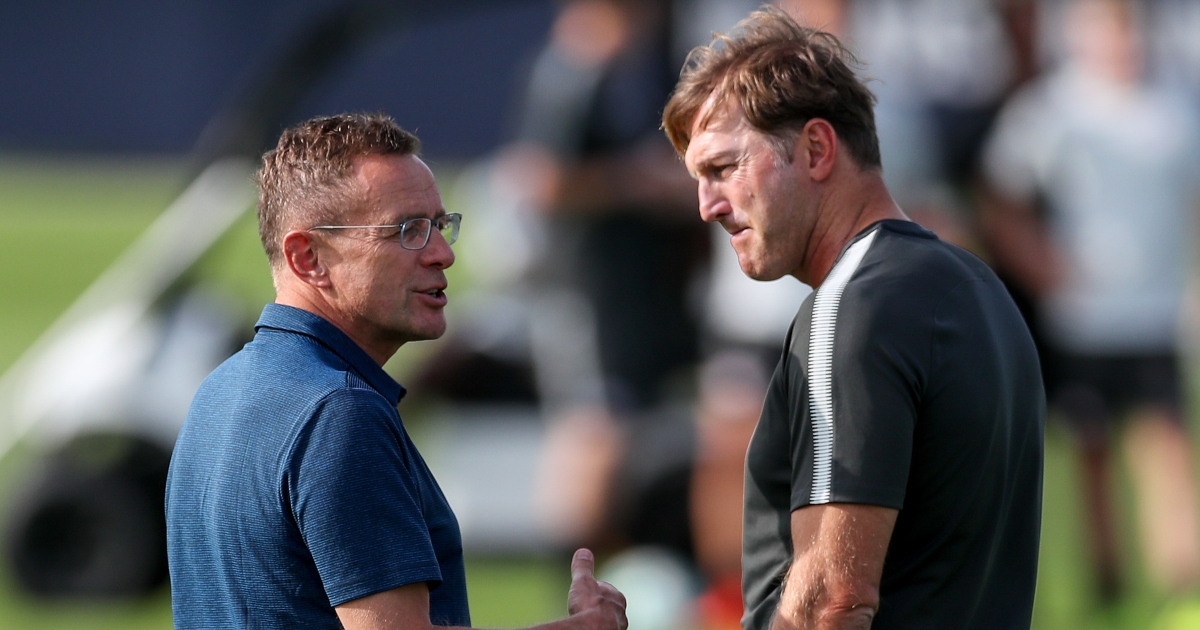 Paul Scholes and Glenn Hoddle have agreed on a possible left-field option for the Manchester United managerial position.

A number of names have been linked with the position that will become available in the summer when Ralf Rangnick’s spell as interim boss comes to an end.

Rangnick is set to make the step to an advisory role on the United board and that position could lead to a reunion from his days at RB Leipzig.

Southampton boss Ralph Hasenhuttl worked with Rangnick at the German club and both Hoddle and Scholes believe he could be a good appointment for United.

Speaking on BT Sport before United took on Southampton, Hoddle said: “Would that not be a good fit? For me, if they’ve [Rangnick and Hasenhuttl] worked so closely together, if he’s going to be the sporting director eventually – that works.

“Southampton will want to keep him, of course, they would, because he’s doing such a very good job with the players that he’s got there. He’s doing an excellent job. If he wanted it, it would make sense.”

United legend Scholes then admitted he hadn’t previously considered the Austrian but thought that it could make sense.

“It’s not really something that’s crossed my mind until the last 10, 15 minutes when Glenn mentioned it.

“Watching that interview, there is a closeness between them. As a sporting director, he was the right choice at the right time for Leipzig – he did brilliantly – and I’ve always liked him.

“I’ve always thought the football he plays at Southampton with not the best squad. The type of football has worked for them. His teams have been good to watch; I think it comes across really well.

“This would be a different kind of pressure; I think people around this club, and fans especially, are thinking more of possibly Pochettino or an Antonio Conte and what people have been at the bigger clubs.

“The more I think about it, I don’t think it would be a bad thing. The way he goes about his business, he looks good.”